Driving a three phase motor on a single phase supply directly through ordinary methods can be difficult and dangerous. It requires accurately designed circuits for implementing the operations. Here I have tried to present one such PWM controlled three phase motor driver circuit. Let's learn more.

The circuit can be understood with the following points:

Before going to the following explaination it would be important to know regarding a three phase signal generator circuit explained here: https://www.homemade-circuits.com/2013/09/three-phase-signal-generator-circuit.html

The above circuit becomes the crucial part of the whole design because it's  this stage which provides the 120 degree phase shifted signals for driving the proposed 3 phase motor driver stages from a single phase source.

All the involved circuits are operated from a common 12V DC source which may be obtained from a standard AC/DC adapter configuration using a 12V transformer, bridge and capacitor network.

In the first diagram shown below we see a simple 555 PWM generator circuit which generates equivalent modified sine wave PWM waves at its pin#3.

These are generated in response to sine waves from the outputs of the 3-phase signal generator circuit as explained in the above given link.

That means we would require three such identical 555 PWM generator stages for processing the three outputs from the 3-phase signal generator opamps.

The outputs from the respective three PWM generators as referred HIN and LIN are fed to the inputs of three discrete mosfet driver circuits, shown in the second diagram below.

We use the IC IR2110 for the driver part of the circuits, three separate IC drivers are used for processing the three PWM outputs from the 555 sections.

The outputs from the mosfets are directly connected with the three wires of the motor.

The 330V to the mosfets is derived by rectifying the mains single phase AC. 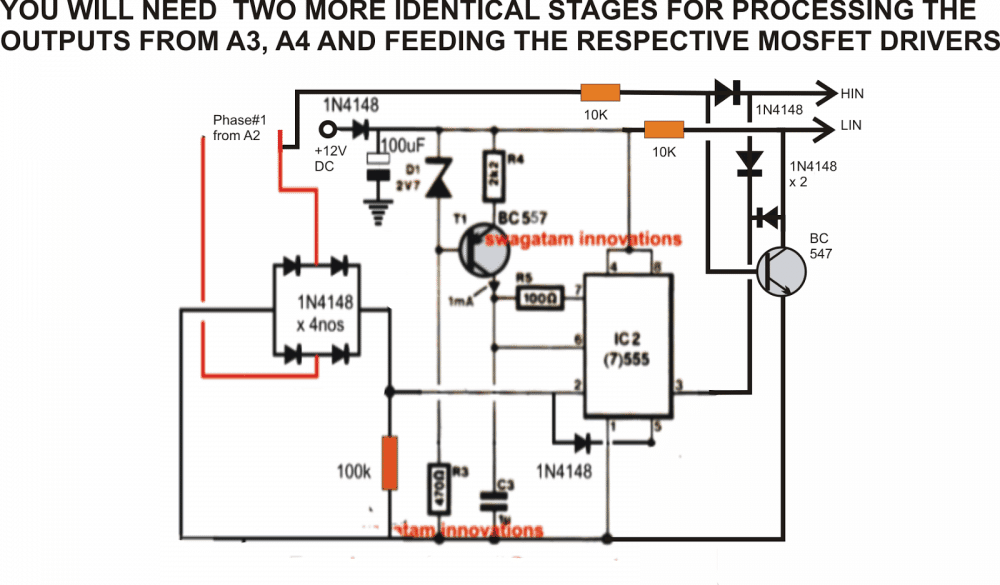 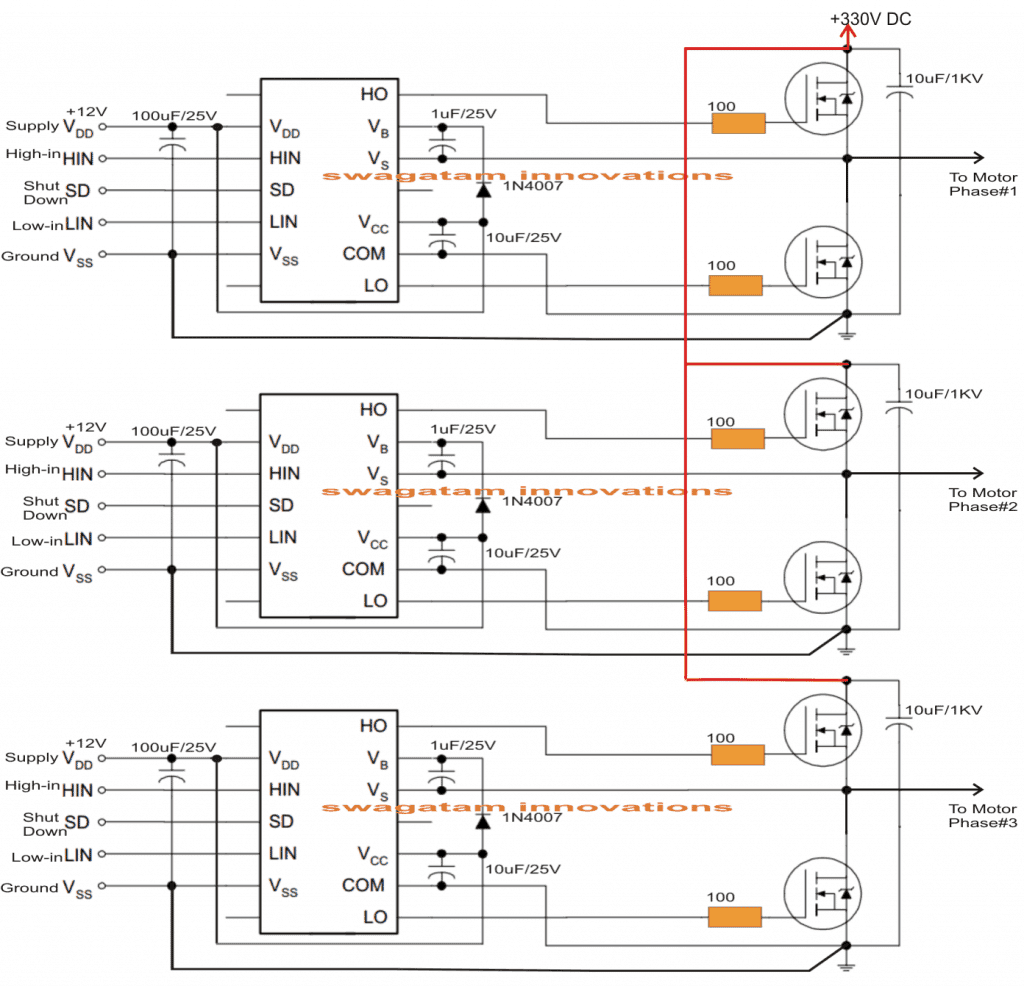