You are here: Home / Archives for Sensors and Detectors 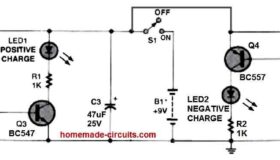 The following post discusses a simple ion detector circuit which can be used for detecting positive and negative ions generated by high voltage circuits. This device can be also used […] 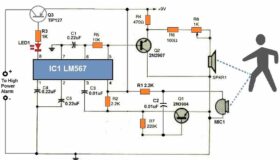 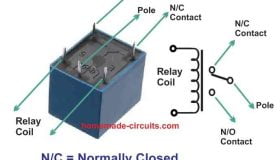 In this article we will discuss 6 useful yet simple automatic street light circuits, which can be used for automatically switching a lamp ON during night time and OFF during […] 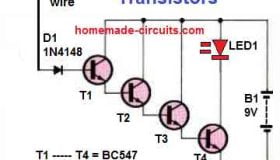 In this post we will discuss a couple of very easy to build RF detector circuits, which can be used to sense or detect or sorts of Rf electrical noise […] 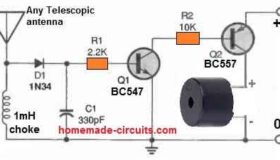 A field strength meter is an electronic device which is used for detecting and measuring the RF radiation generated from any RF transmitter circuit. As we all know that transmitter […] 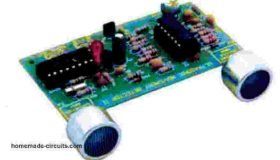 This ultrasonic motion detector circuit project picks up movement of any object including human beings from a distance of 4 to 7 meters away. As soon as the motion is […]