An interesting electronic parasite zapper circuit shown below was successfully built and tested by my friend Mr. Steven. Let's learn more about the proposed circuit.

Email received from Mr. Steven:"Hey swagatam did you see the latest pictures I put in my SkyDrive, 4060 integrated circuit type parasite zappers built before but recently installed it into a plastic box enclosure.

The latest one I decided to test on my sore knee, despite having a box full of various ones I built over the years this one I made to pass some free time away and decided to test it out.

I used copper coins for electrodes, each coin was sanded flat on one side with a sharpening stone used for chisel's and knifes, so anyhow the first test I used the coin electrodes on each side of the sore knee joint for a short time.

The next night I decided to try it longer as the pain eased a little the first time, so as I watched TV for about an hour I had the coin electrodes above and below the knee joint, and every few minutes I moved them slightly, during this I noticed a slight pain felt in my knee joint between the coin electrodes, so I thought it odd as I wasn't moving or subjecting any stress to that knee joint.

After a short time the pain went and didn't come back and the next day is the same no pain at all, its all cured and I'm not getting pains trying to stand up or sit down when I bend that knee joint, so that's a great story.

I reckon the small pain may have been a sign that something is working right, now for the back pain I'm getting think it may be a pulled muscle or other." 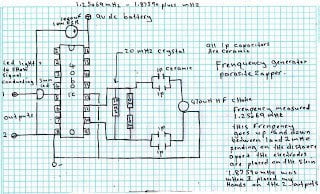 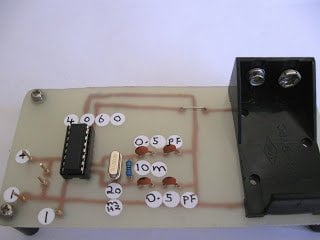 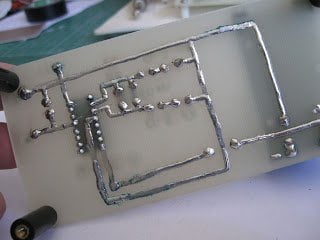 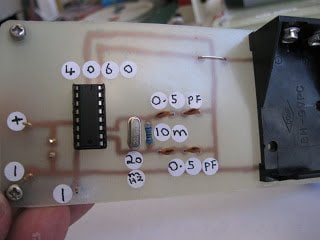 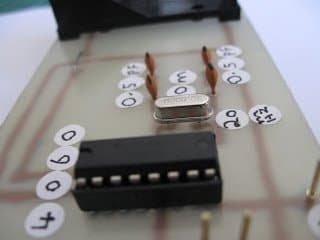 "New copper coin electrodes for my parasite zapper, these are really neat and can be modified to be able to be secured Velcro strap for parasite zapping this is one of a number of pictures I've uploaded to
SkyDrive..." 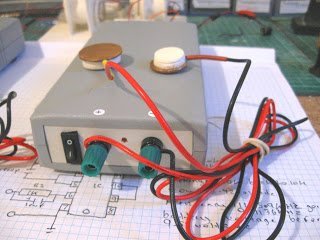 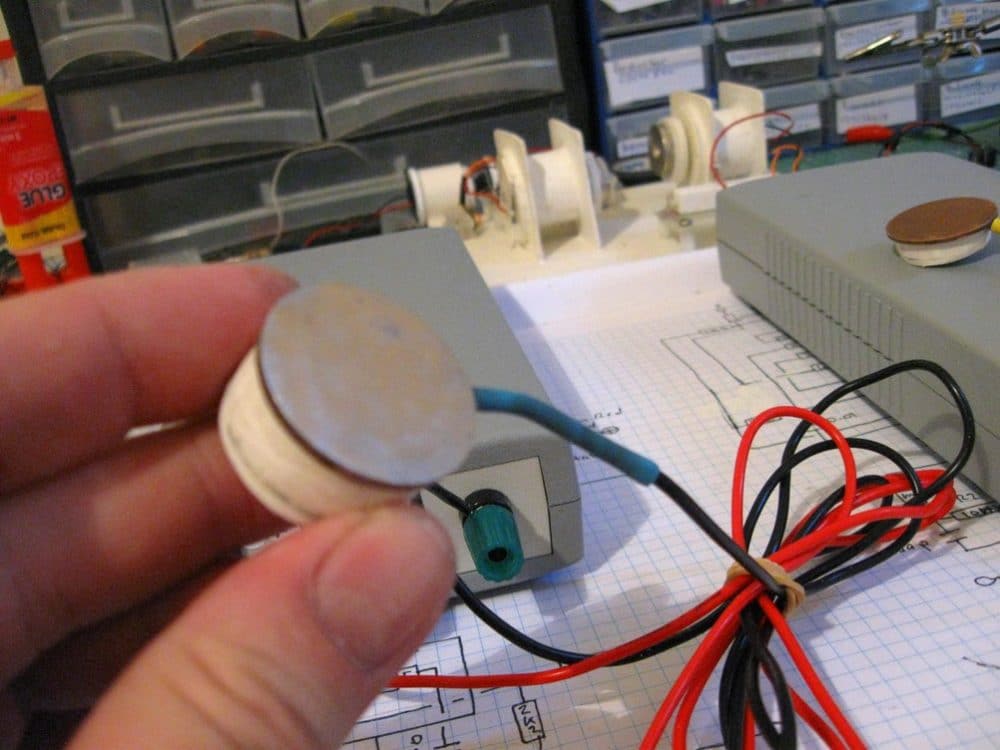 "My previous designs were based on transistors and other ICs, here are the pics of those previously built parasite zapper models: 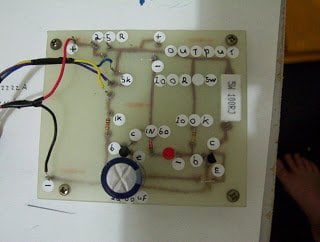 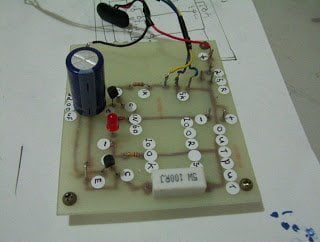 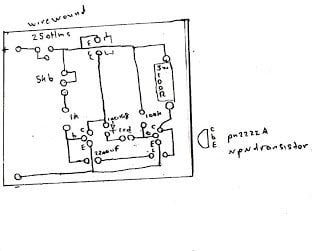 The above is a pulse frequency driver circuit i built from a YouTube video i have made some changes to it i didn't have a bigger size 220uf electro to put into it only small ones so i used the wrong value and put in a 2200uf/35 volts electro, and the 1n4148 diode.

Well it didn't seem to make the led come on even when powering a motor similar to what the fellow on the net used, so i threw in a 1n60 geranium diode and now the led seems to work some times due some unknown factor, but even without the led coming on it stills puts out enough voltage to power a motor.

So when the led is supposed to come on for reasons i don't know yet is a mystery i think, at first i wrote the circuit down from the YouTube video then made it onto a bread board and it worked and the led came on when i powered the electric motor.

I have but when i made the printed circuit version and transferred the parts from the bread board onto it the led wouldn't then come on, when i powered the same motor

so i checked the parts on the printed circuit and they all were OK, so i built another bread board one, and it works again even though the printed circuit versions led doesn't come on when i powered the motor the identical circuit on the other works ok very strange.

So its led comes on too, so i rechecked it on the bread board to find out why it works and not the other, i then found I've mistakenly put in a 1n60 diode so maybe that's why the led comes on when powering a motor.

I changed the 1n4148 diodes on the printed circuit to the same as on the bread board and now the led still doesn't lite up when powering the same motor only some times it blinks when I'm handling the motor due to some unknown factor,

but despite this they still power the motor and put out enough zap onto my tongue to qualify as an experimental parasite zapper, really i built this from a hand drawn circuit on the net to test on my star ship coils. 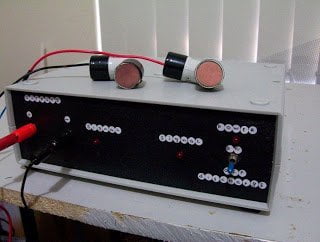 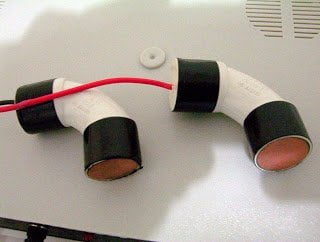 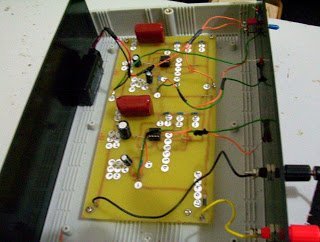 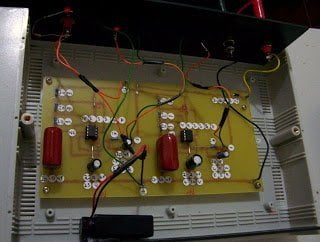 Here's some new pictures of that multi parasite zapper all installed and also the 2 electrodes made from small white pvc elbow joiners used, for pvc pipes.

The actual electrodes are copper 2 cent  coins filed flat on one side of each coin  so as to provide a good contact with your skin , the best way to avoid that brown tarn that forms on copper surfaces in this case was to use a smear of aloevera gel,

and to my surprise I got some baffling results like I once did with another parasite zapper I tested a few years ago and used a gravity wave detector circuit as a receiver for anything it may give off in energy or other.

but the strange thing is that the sensitive gravity wave detector sensor ceramic capacitor has to be picking something up coming from the positive electrode and it sounds similar to what I get when I slide that copper pipe electrode up and down behind my right ear while holding the negative electrode so its a bit of a mystery as to what's being given off stronger by just the one copper positive pipe electrode even if the negative is left alone and no contact made to it ,

so with the details of my tests here the parasite zapper is transmitting something that my gravity wave detector can hear and if I cup my hand over near the sensor capacitor the sound is silenced so as if my hand is acting as a shield like it dose in some of my sec exciter experiments where the hand put near the gravity wave detector is shielding it from to much rf ac energy in the air transmitted from the sec excitor coil.

in this case with the parasite zapper its a measured dc output voltage so no ac rf involved so how and why the signal is being received from the positive electrode so strongly on the transistor version gravity wave detector is a mystery .