The post explains how to make a LED string light which can be operated from 220V mains through a single inexpensive PPC capacitor. The idea was requested by Mr. Basit Momin.

Actually I want to make 100 nos of led toran of 2 array each array of 50 leds I am trying to convert leds in AC bulbs like 6.2 v festival decoration lamps so that's my question sir

Can we run the LEDs without the circuit by adding some ics to each led. I want to run it direct on 230v AC without any circuit like festival series lamps.

LEDs are different from filament bulbs and are much vulnerable to current fluctuations, without a dropping capacitor the LEDs will start blowing off with the slightest voltage fluctuations if connected directly or through resistors.
Therefore a recommended capacitive power supply circuit has to be used with it.

You'll have to include the high voltage isolating capacitor, rest of the components can be eliminated.

make two 50 LED series and connect their opposite ends together, meaning the anode end of one series should be connected with the cathode end of the other series in both the ends.

The whole set up will be too dangerous to touch, exercise adequate caution.

The idea looks simple and feasible and also quite reliable due to the large number of LEDs in series taking care of the initial surge current.

The large number of LEDs makes sure that the total LED forward drop is close to the AC mains value which enables restricting the initial current to a reasonable level.

If we assume the forward drop of the shown white LEDs to be around 3.3V, then with 50 LEDs in series it gets to approximately 3.3 x 50 =  165V, though not too close to 220V but sufficient enough to just counter the initial surge from the PPC capacitor which acts like a momentary short circuit each time power is switched ON.

Probably 90 numbers would be just adequate and perfectly safe.

As can be seen in the above diagram, there are 50 LEDs on the upper string joined in series and an identical string with an identical number of LEDs at the lower side of the design.

The free ends of these two series are connected to each other but using the opposite polarities, that is the anode side of one string is made common with the cathode side of the other string and vice versa.

The mains AC is applied to these common joints through a PPC high voltage capacitor.

A nominal 0.33uF is shown in the diagram assuming that 5mm LEDs are used in the circuit.

We know that mains AC is fundamentally composed of alternating current which changes its cycle polarity 50 times a second, constituting the 50 Hz spec.

The LED strings are deliberately connected with their opposite end polarity so that one string illuminates in response of one half AC cycle while the other string for the other opposite AC half cycle.

Since this is supposed to happens very quickly (50 times per second) the human eye is unable to distinguish the fractional lapse or shutting off of the strings, and both the strings appear to be lit up brightly and continuously.

The above design was successfully built and tried by Mr. Ram, the following picture provides a dazzling performance proof  for the same. 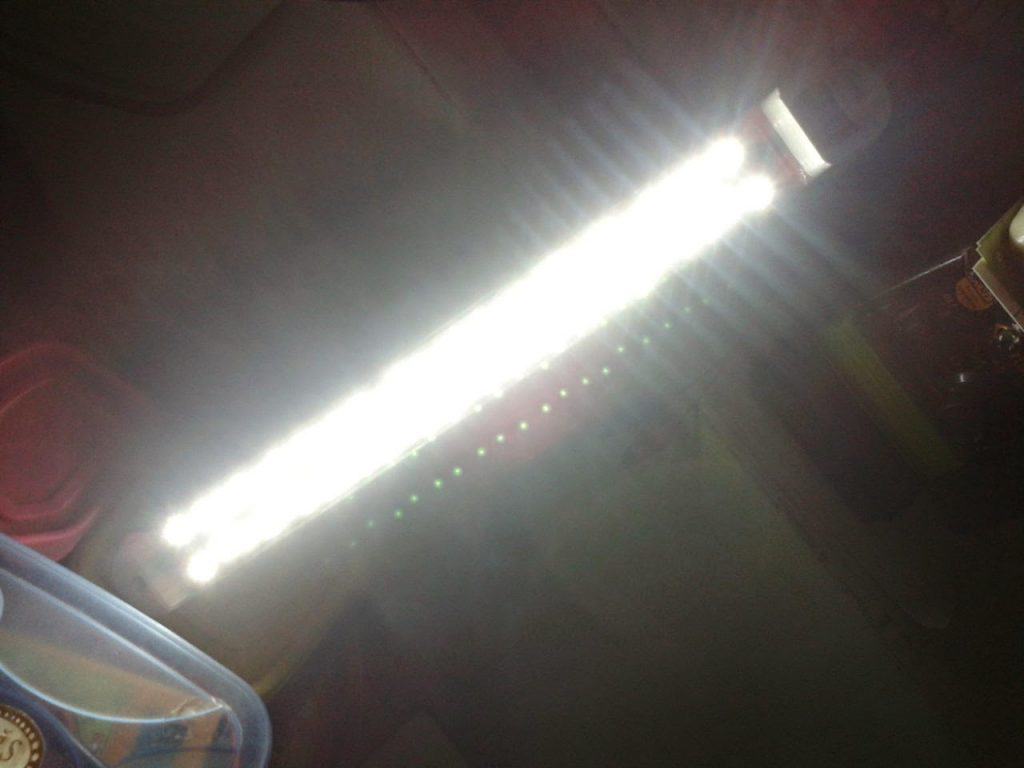 The circuit was also built and tested by Mr. Raj, who is also an avid follower of this blog, the picture below was sent by him for the readers viewing pleasure. 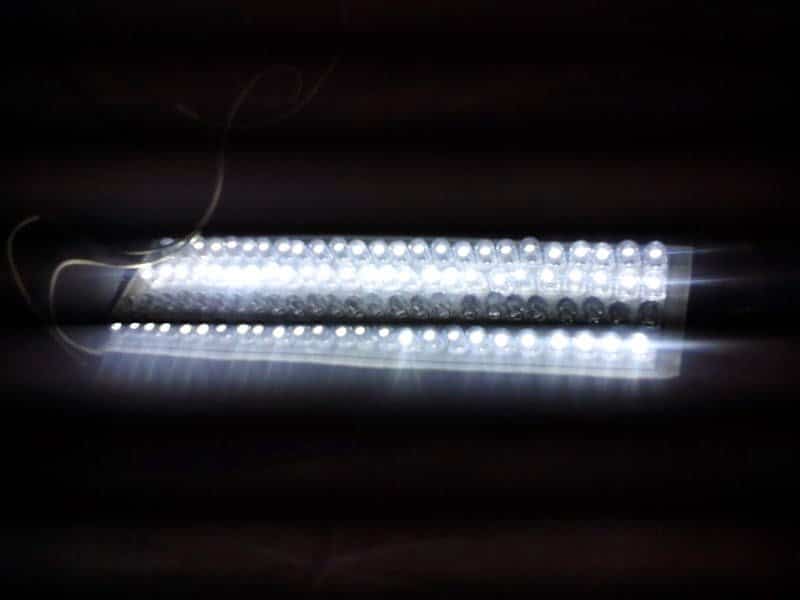