In this article we are going to see, what force sensing resistor is, their construction, specification and finally how to interface it with Arduino microcontroller.

What is Force Sensing Resistor

A force sensing resistor senses the force applied to it and correspondingly changes its resistance. The resistance is inversely proportional to force. This means when the applied force high, it reduces its resistance and vice-versa.

The force-sensing resistor comes in various shapes; the common shapes are circle and square. It can sense weight ranging from 100g to 10Kg. The major disadvantage is that, it is not very accurate and has very high tolerance value. The accuracy reduces overtime due to usage. But it is reliable enough to be used for hobby projects and non critical industrial measurements. It is not suitable for high current applications. 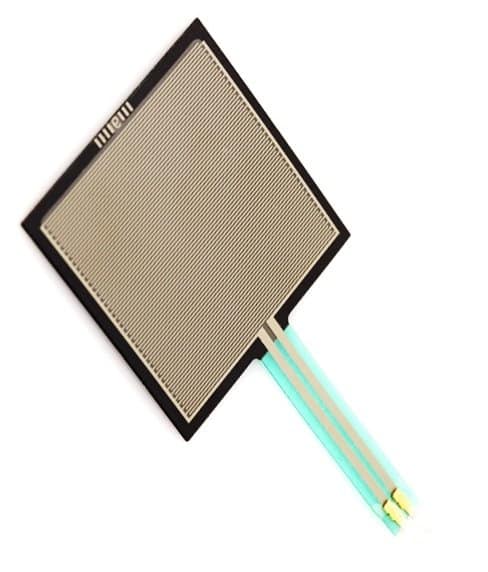 The maximum current is 1 mA/Cm square. So handle this resistor carefully, do not apply huge current through this resistor.

The life time of FSR is greater than 10 million actuations.

The brake force or minimum force to respond by FSR must be from 20-100 gram. The resistance is not affected by noise or vibration. 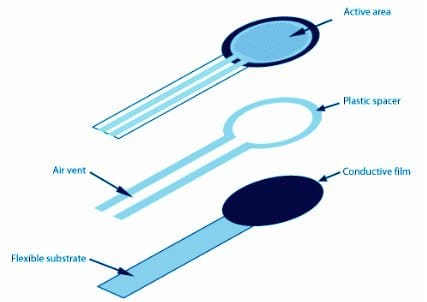 The active area where the force is applied, the plastic spacer which isolates the two layers and an air vent is provided for discharge of air bubbles. The accumulation of air bubble leads to unreliable results.

The conducting film consists of both electric and dielectric particles which are suspended in matrix form.

When force is applied it changes its resistance in predictable manner. These are microscopic particles ranges few micrometers. The conductive film is basically a kind of an ink coated on plastic film. When pressure is applied the conducting particles come close together and reduce resistance and vice-versa.

You can use this resistor for any application to detect changes in force. For instant, you can make a pressure sensitive switch by paring FSR with op-amp. 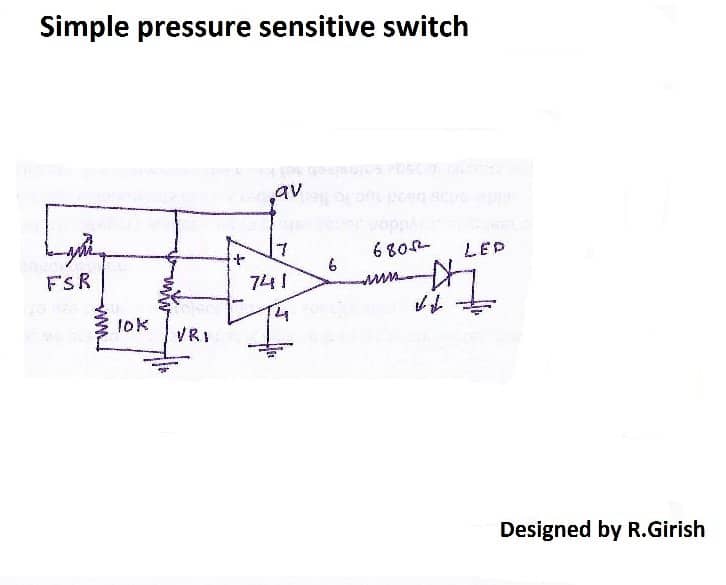 You can set threshold by adjusting 10k potentiometer. When you apply force to the resistor and reaches above threshold voltage the output goes high and vice-versa. Thus we can obtain digital outputs from it; this output can be interfaced to digital circuits. 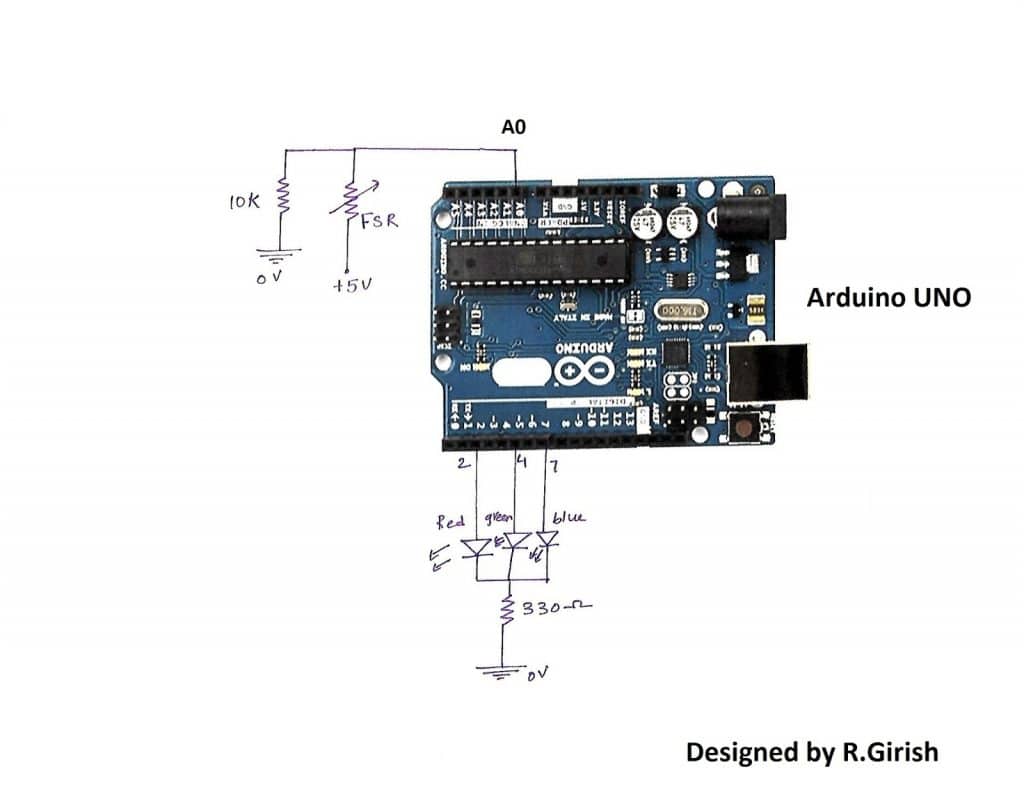 The input is fed to analog read pin, which takes different voltage levels digitally from 0 to 255.

User can set their own threshold level in the program (Program is not given).

Just use your imagination to find new applications and it’s endless.