In this post we will learn what's inside a Bluetooth headset gadget and also know how to hack it for using it for other useful personalized applications.

The world is going digital at a rapid pace and advanced concepts such as Bluetooth are quickly replacing the other traditional form of technologies.

What's Bluetooth? It's another wireless transmission technology used for exchanging a wide variety of data in a precoded form over short distances via devices that may be compatible to cell phone, smart phones, laptops, PCs, Wi-Fi systems etc.

Basically Bluetooth also incorporates Rf waves but in a digitally coded form, quite unlike to the traditional FM or AM concepts.

It's an advanced and enhanced form of wireless technology that is designed to be able to connect with many compatible devices at a time without encountering synchronization problems or hurdles.

A Bluetooth headset is another related device which is designed to exchange (transmit and receive) data using Bluetooth technology across similar above mentioned compatible devices.

It's a very interesting RF device which could be hacked by an hobbyist in order to make it work for any desired customized application. For example we can use the headset device to make our home theaters systems completely wireless with crystal clear responses, or may be we can use it for controlling a few of the appliances across the rooms in our house or apartment.

In order to experiment with a Bluetooth Headset you could probably buy a typical type that's shown below or if you already have one you can use it for the discussed hacking procedures. 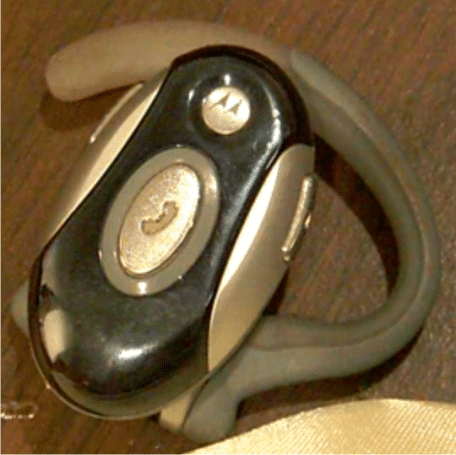 To break it open you can use a screw driver as shown in the picture below. However you will need to maintain extreme dexterity and care while operating the gadget making sure you don't damage the internal circuitry. 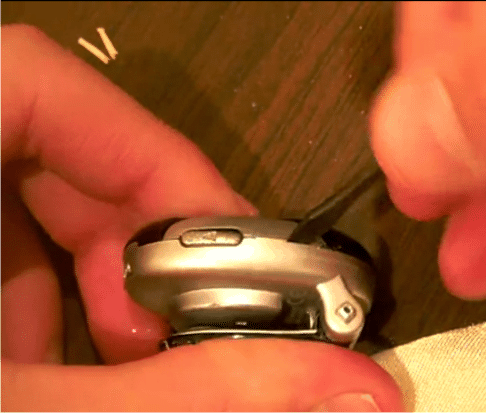 Once the cover is removed, you would come across another plastic shielding which you can identically remove using the tip of your screw driver.

Once the inner protection shield is peeled of, the actual PCB with various components would pop out from the shell as shown below. 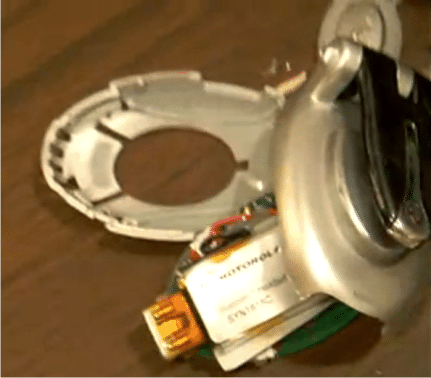 In this position the few important things that would become visible are: two wires running toward a small speaker, two wires towards an in built MIC, an USB connector and an attached battery. See below for the details 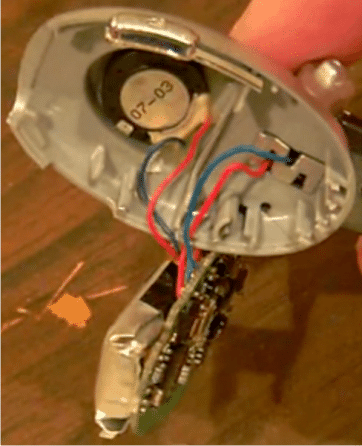 Getting the Assembly Out

For getting the entire assembly out of the box, you could probably go ahead and remove the speaker and the Mic from their respective locations, in order to study them in-depth. 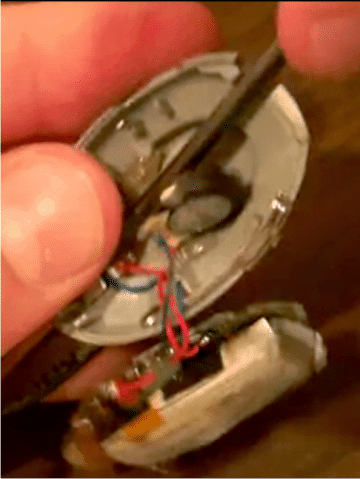 The MIC could be found hidden inside a metallic clipping which could be pulled out with some careful effort. 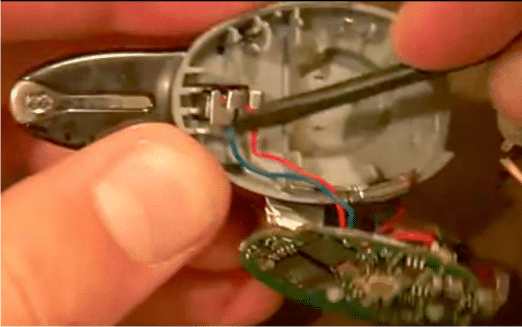 Once removed.... the MIC, the speaker and the PCB with all the associated components could be studied in details as shown in the following figure: 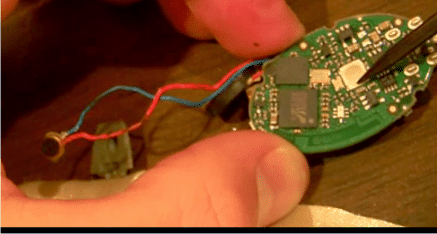 Another important area we would be interested within the circuit is the USB socket, since its the input which receives all the data, and also the battery for getting well versed regarding what's inside a typical Bluetooth headset. 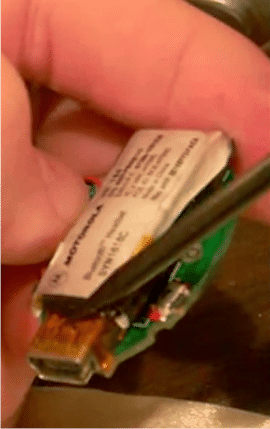 The battery is a 3.7V Li-ion, 120mAH battery, as may be witnessed in the following image: 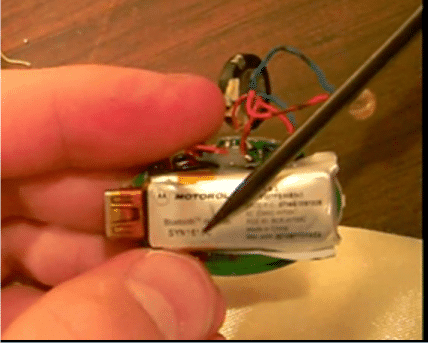 OK that's it, now we exactly know all that's inside a Bluetooth headset gear, and it's time to learn a few of the simple hacking techniques that would enable us to use any Bluetooth headset unit for performing the intended operations.

The next post will explain how to hack a Bluetooth Headset for other personalized implementations such as for remotely operating an appliance, as a spy bug, and audio related applications such as for making wireless speaker systems and home theater systems.