Using the Vibration Mode as Trigger

The idea is simple, it's to detect the vibration from the cell phone body, convert it into a toggling signal and control the desired load or gadget ON or OFF.

For detecting and using a vibration signal to trigger a relay, we'll need a vibration detector circuit as shown in the following diagram: 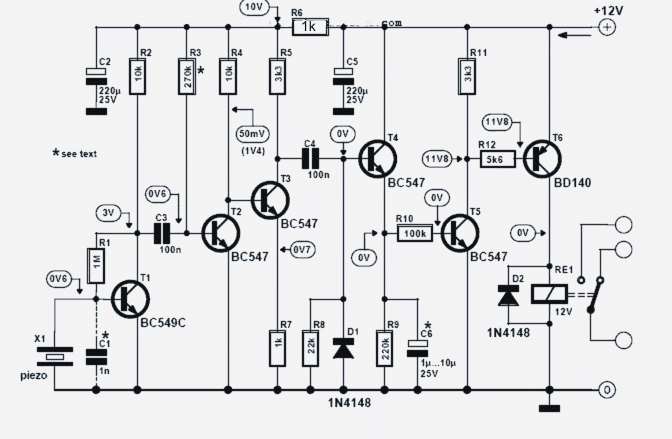 The circuit is basically a transistorized high gain amplifier where a piezo is used as the vibration sensor.

The vibrations from the piezo generates a correspondingly oscillating voltage at the base of T1 which is appropriately amplified by all the following transistor stages consisting of T2, T3, T4, T5, T6 and the associated parts.

The amplified DC signal is finally applied across the connected relay which toggles in response to the detected vibrations over the piezo.

Since a cell phone vibration could have an inconsistent vibrating rate could result in a corresponding oscillatory response over the relay switching.

To avoid this a high value capacitor in the range of 500uF should be connected directly across the base and emitter of T6, this will ensure that T6 sustains its conduction even while the cell phone vibrations are intermittently absent.

In the above mode, the relay stays activated only for so long as the vibration signals are produced, in order to translate the reaction into a toggling effect a flip flop circuit becomes imperative. The following simple 4093 IC based design becomes perfectly compatible for the required conversions. 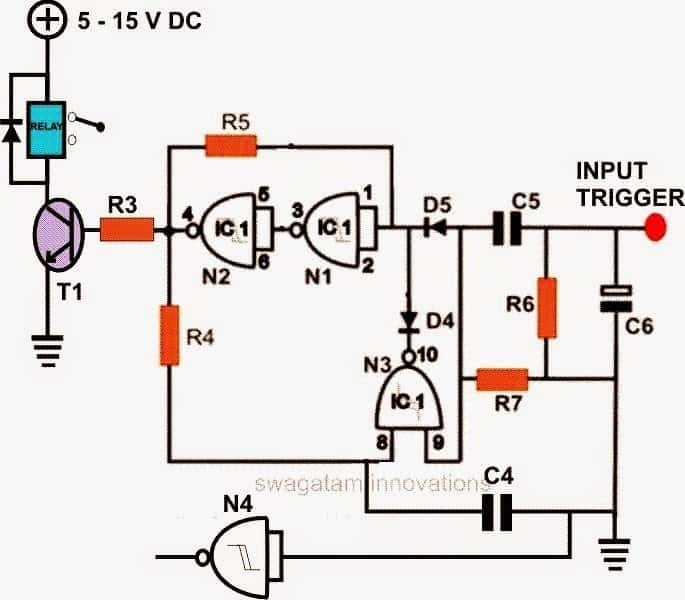 Alternatively, the relay could be entirely eliminated, and the "input trigger" of the above flip flop circuit directly connected with the collector of T6.

Once this is done the relay would respond with alternate ON/OFF toggling motion each time the modem cellphone is called by the owner or the user.

The relay of the flip flop could be used for switching any desired appliance or in case it's deployed inside a vehicle could be implemented to operate the central locks and the ignition system for achieving a complete cell phone operated security feature.

Using Piezo as the Sensor

C1 in the first vibration detector circuit could be a 0.22uF capacitor and must be employed only if the piezo is terminated over a longer distance from the circuit, otherwise C1 could be ignored.

Preferably the piezo must be situated close with the circuit board.

The piezo transducer is a 27mm ordinary device which are normally using in piezo buzzer circuits.

It must be appropriately housed inside a plastic enclosure for ensuring an optimal response from it.

The entire unit may be further enclosed inside a plastic box with the piezo assembly stuck on inner top surface of the box. 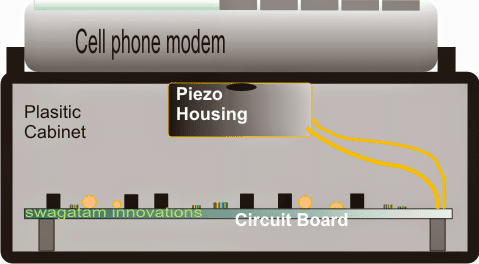 The modem must be appropriately secured over this position so that the unit does not tumble away from the box while vibrating.