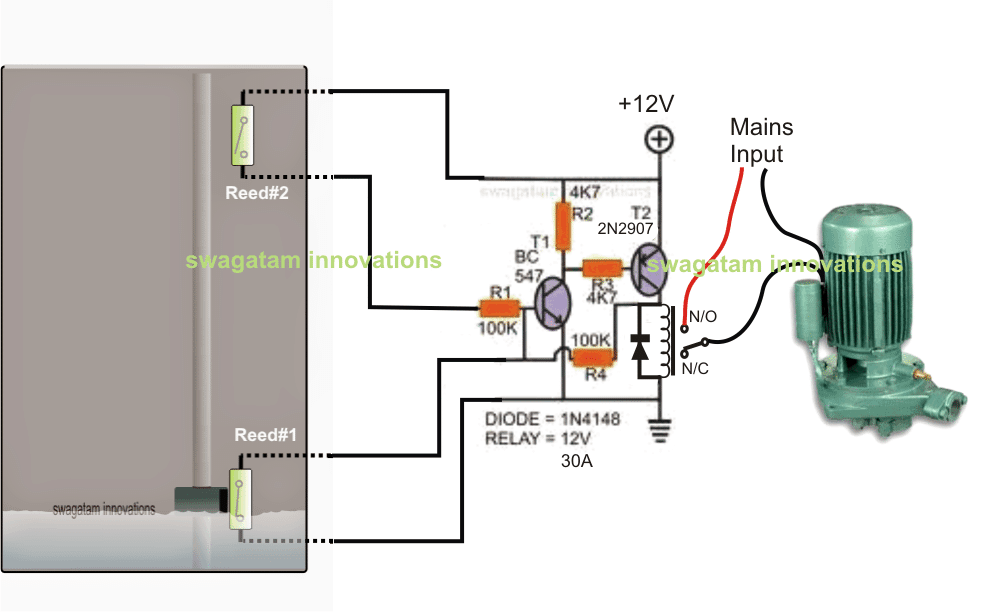 I have already explained  how to make reed switch based water sensors also called float switches, you can refer the linked article for a detailed info regarding the same.

The transistorized latch circuit is made through a couple of transistors which are designed to latch and delatch in response to the relevant reed switch operations.

At the upper water level, the upper reed switch closes which in turn latches the transistor latch circuit, activating the relay.

The jet motor begins emptying the tank, until the water level reaches the lower threshold which actuates the lower reed switch, quickly breaking of the transistor latch.

With the latch disabled the relay is switched OFF. This action immediately stops the jet pump motor, until the tank is filled again upto the top to initiate the switching cycle.