You are here: Home / Electronics Tutorial / How Mosquito Traps Work

Mosquito and other forms of fly trap mechanisms work by making use of luring techniques for attracting the insects, which involve carbon dioxide gas, body odor simulators and ultraviolet lights. These traps become very useful in areas which may be highly infested with mosquitoes, however due to its high costs such traps are not very commonly used everywhere. 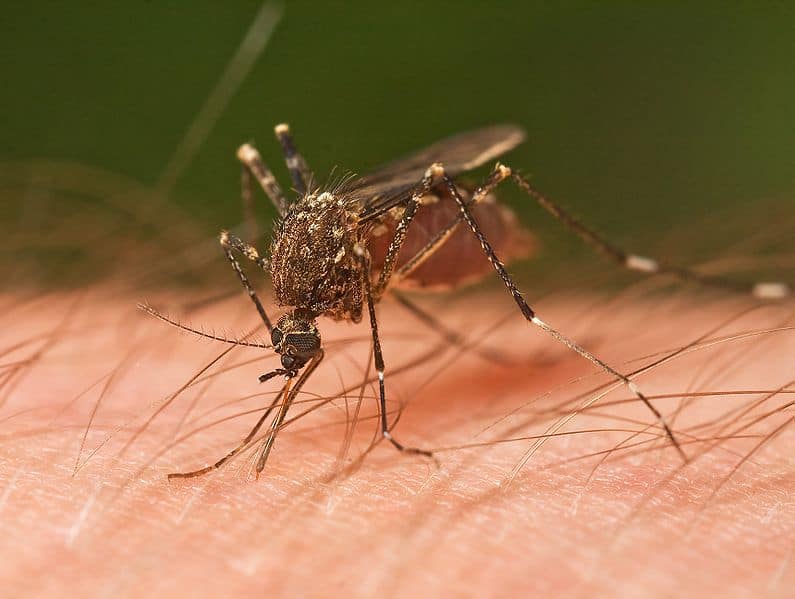 Today's advanced mosquito traps work by luring the adult mosquitoes, and other forms of flies which may include biting flies and black flies. This is done by using carbon dioxide, and body odor simulating agents along with UV light inside the trap.

As soon as the flies are lured inside a chamber of the trap, these are mostly electrocuted using a high voltage generator circuit

The artificial body odor simulation is done by using artificial chemical agents which confuse the adult mosquitoes to think these traps as warm blooded animals or a human.

1) From long distances, these insects locate a human population by detecting the various wavelengths generated from city lights and the lights in our houses.

2) Once the mosquitoes reach the vicinity, they sense the carbon dioxide emanating from our respiration and track the exact position of the target.

3) Along with carbon dioxide, the body odor due to sweat also help these insects to pinpoint the exact position of a human being from a closer range.

Mosquito traps take the advantage of the above instincts found with the insects for luring them into the trap and then terminate their existence by electrocuting.

Carbon dioxide is produced inside the traps by a slow burning process of propane gas.

And many traps include a UV light source inside the unit for simulating the wavelengths of the city lights so that mosquitoes even from longer distance are able get attracted to these traps.

Mosquito traps involving the above explained features may actually help to attract large magnitudes of mosquitoes towards it, and therefore these units must never be positioned inside the house or close to living beings, rather somewhere outdoors such as in the garden, lawns, passages, corridors, verandas etc.

If the traps includes a battery operation facility, then it could be comfortably transported to the appropriate locations, but if the unit does not have this feature then extension electrical boards may be required for supplying power to these units from the nearest home wall AC socket.