You are here: Home / Electronics Tutorial / How an Accelerometer Works

In this post we will try to understand how an accelerometer works and also learn the specifications of a popular accelerometer ADXL335 in detail.

If you are a tech enthusiast you would have came across the term called “Accelerometer”.

This piece of technology made our smart phones really smart, many common home appliances, automobile, robotics, image stabilization, and much more gadgets utilizes accelerometer. In this article we will learn what an accelerometer is and how to use one for a project.

What is an Accelerometer? 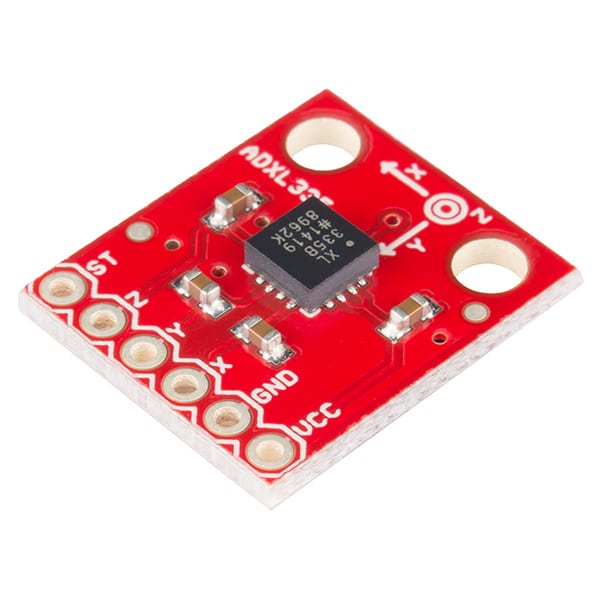 An accelerometer is a sensory electronic device that measure acceleration deceleration of a moving body or a vibrating body. Accelerometer comes in surface mount form, looks pretty much like an IC.

Accelerometers are embedded in our Smartphone which tells orientation of the phone, thus your image on your screen rotates accordingly.

Have you ever wondered how you’re racing car on your Smartphone moves left and right when you tilt your phone from left to right? It’s all possible due to accelerometer.

It has 6-pins, three of which are X, Y and Z axis output, two of them are Vcc and ground and remaining one is ST (self-test). At the three outputs connecting a 0.1 micro farad capacitors are recommended (on each axis) for ant-aliasing and noise reduction.

How an Accelerometer Works: 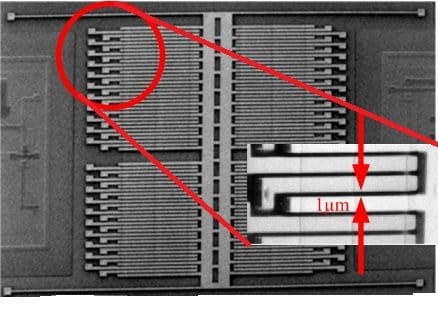 An accelerometer is a Micro-electromechanical system or simply (MEMS).

There are moving parts inside an accelerometer which detect changes in acceleration.

Capacitance is the key concept utilized in an accelerometer.

There are dielectric and metallic plates arranged in parallel manner attached with moving mass.

Three such modules are placed orthogonally each other. All the parallel plates are capable of moving independently. Each modules measure at one axis.

When accelerometer is tilted, due to moving mass, alignment of capacitor plates changes which alters the capacitance value. These changes are measured by built in circuitry and outputs an analogue signal.

The signals from accelerometer can be given to a microcontroller or a microprocessor depending on your design and application. 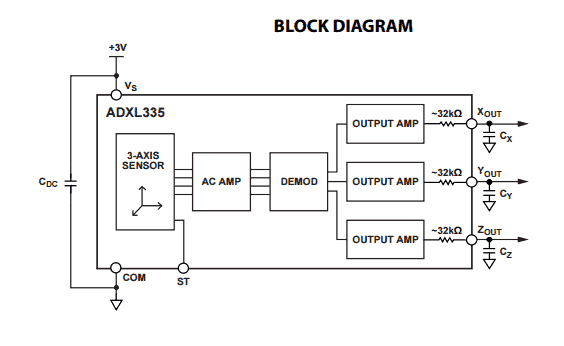 There is huge spectrum of application ranging from mobile phone to satellite systems.

Accelerometers are ideally used in Smartphones where it is used to detect the orientation of the phone.

Accelerometer is boon for aerodynamics where airplanes need to be stabilized during flight.

Used in anti-theft devices where walking behavior is unique for all, this data is analyzed and stored, when there is any change in walking behavior, this can be detected.

Accelerometers are used in health equipment such as fitness band, pedometer etc. It is used in toys such as RC based helicopters and gaming controllers.

Accelerometer is very crucial component in satellite system where it needs to measure the apogee situation.