I have been looking at many of the wonderful circuits on your blog. I have a question, but first some information.

How easy would it be to design a circuit that would allow the generator to continue charging the existing 6 volt battery and would also charge the second 12 volt battery? Further details.

The existing systems in these cars use a 6v positive ground system and the second battery would be 12v negative ground.

Both batteries would need to be grounded at the same time to the common car chassis.

There are many thousands of people out there whom would be very happy to have access to this type of charger. 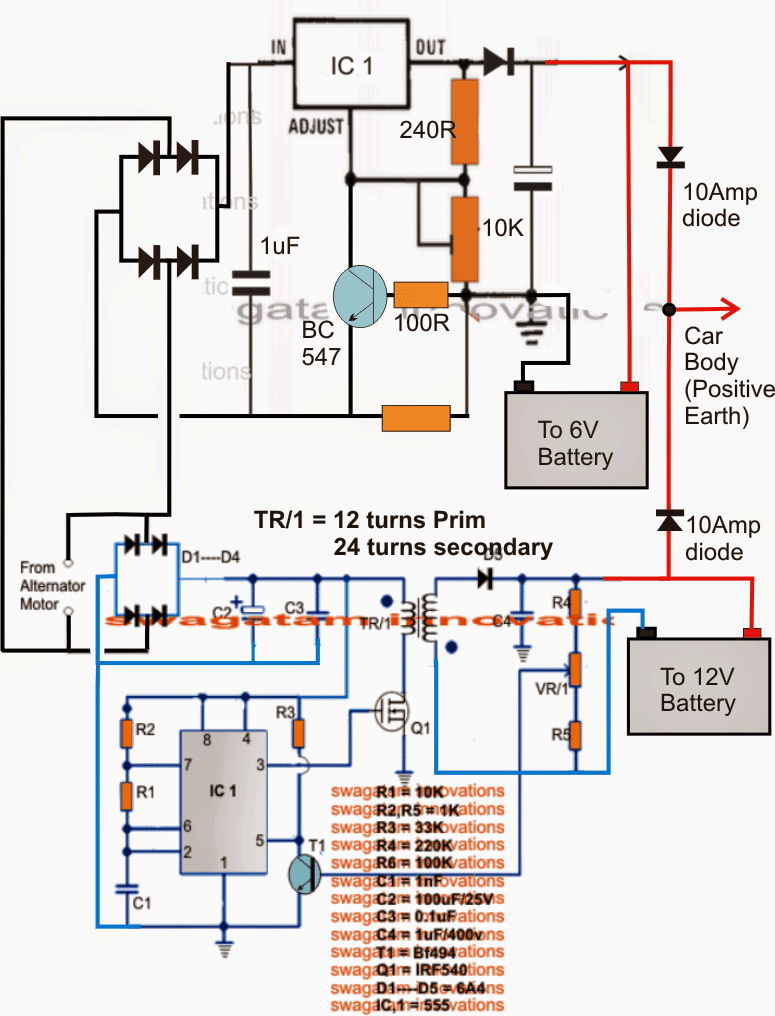 The upper LN396 stage is configured to produce a variable output range of 1.25V to max depending on the alternator voltage supply capacity, while the lower boost converter is positioned to upgrade the 7V AC from the alternator to the required 14V for charging an optional12V battery.

The 10K preset in the LM396 circuit could be adjusted for achieving a constant 7V for the connected 6V battery. The resistor presented in between the base and emitter of the attached BC547 transistor functions as the current limiter. The value may be selected as per the formula: R = 0.6 x 10/Battery AH.

The 555 IC boost circuit is responsible for boosting the 7V from the alternator to the required levels for charging the connected 12V battery.

The preset VR1 may be fine tweaked for getting the exact 14V across the battery.

The coil TR1 may be wound as follows: