The requested circuit deign for controlling a diesel generator RPM can be executed either by employing a PWM technique or the same could be implemented through an automatic shunt regulator circuit design, let's understand the two counterparts from the following explanation: 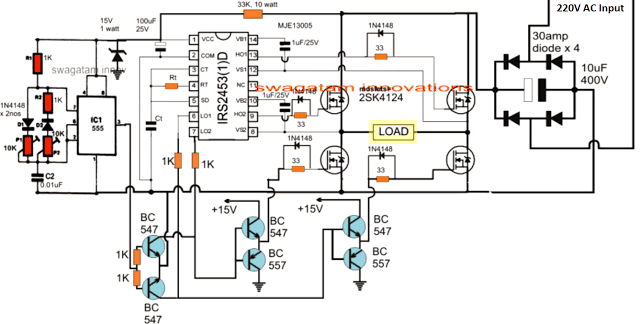 The first idea as indicated above employs an IRS2453 full bridge inverter circuit and an attached IC 555 PWM controller stage for the intended RPM control of a diesel generator output.

The design looks pretty straightforward, wherein the diode bridge network converts the 220V input to a 330V DC bus voltage for the full bridge driver network, which in turn converts it into a 220V AC square wave through the associated 4 N-channel push pull mosfet network.
Since this output is 330V DC square wave output, it is appropriately processed using the IC 555 PWM section into the required 220V AC sine wave output.The PWM setting ensures a fixed 220V output which can e expected to be relatively stble without fluctuations.

Although precise, the above concept looks quite elaborate and complex when compared to the following simple triac shunt based diesel generator controller circuit: 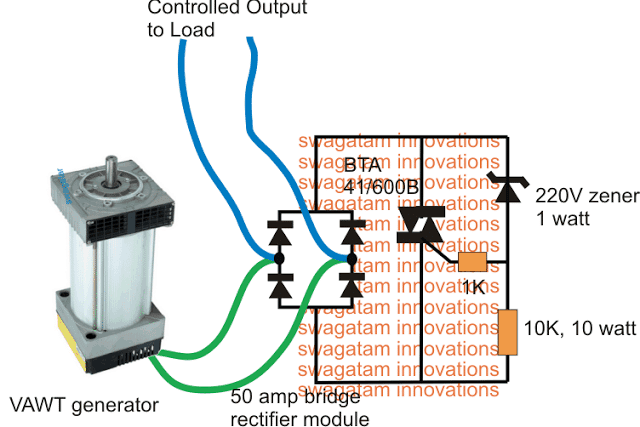 However the same design could be also effectively used for controlling a diesel generator output to a fixed 220V.
The circuit looks much simpler and self explanatory.
The bridge rectifier converts both the half cycles from the diesel generator into positive full wave cycles for the triac, so that the triac circuit is able to shunt both these cycles to ground that may exceed the 220V mark.

The 220v zener diode fixes the shunting level for the triac, this section could be replaced using TL431 shunt zener IC for enabling an accurate temperature stabilized output for the generator.The bridge network must be adequately rated to handle the generator current peaks.