The post discusses a simple deep under soil metal detector circuit for evaluating hidden metals such as gold, iron, tin, brass etc by detecting change in the resistance of the relevant soil layers.

Bigger physical objects which might be buried within the topsoil could be unveiled through a modification in the electrical resistance of the soil layer at various depths. The design is about a device which may be for implementing relative enhancements on the resistance of the soil. This particular application can be particularly handy in archaeological excavations. 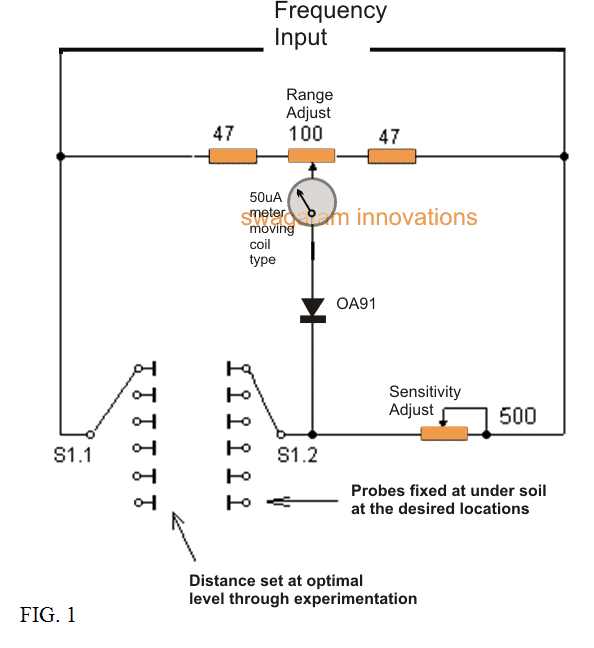 The proposed deep soil metal detector instrument includes the measuring bridge (figure 1), the alternating voltage generator (fig 2) and the a couple of probes, sunken inside the soil. 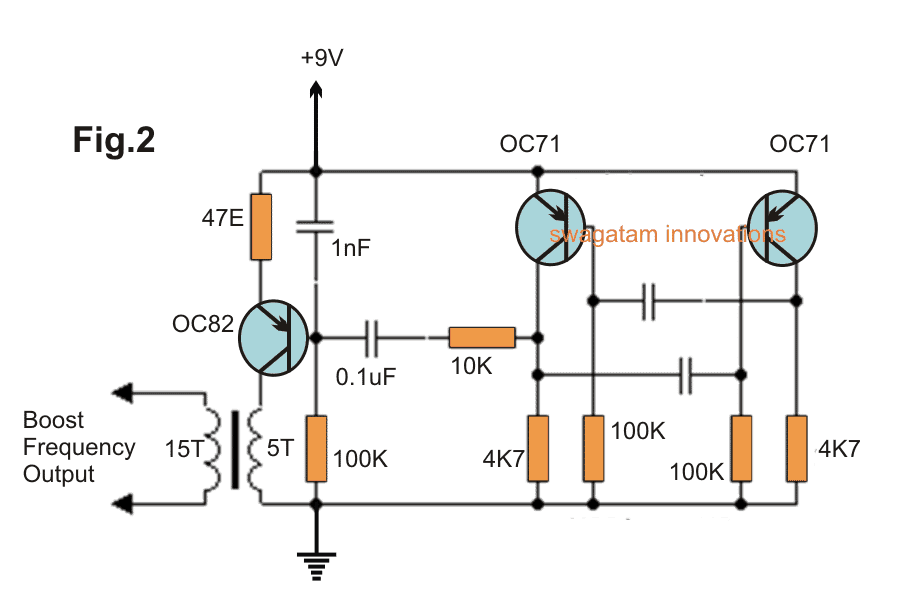 The resistances across the soil layers, between the electrodes of probes are coupled to the input of the bridge arms, for measuring the parameters.

Prior to measurement through 100 ohm resistor may be adjusted for bridging the balance so that the dial instrument readings are initially at the minimal.

The design of the probe represented in FIG.3 may e understood as follows:

Each of the probes signifies the insulated rods having a diameter of around 1.5 mm. on the surface area of the bar along its axle, these are fixed electrodes in the form of six thin-walled tube, separated from each other.

Each electrode probe with the aid of six cable connection is attached to the switch S1 measuring bridge, that in turn hooks up with one of the six pairs of electrodes together with the bridge.In this instance, each pair of electrodes at each of the positions of the switch S1 corresponds to the precise depth of the soil layer. 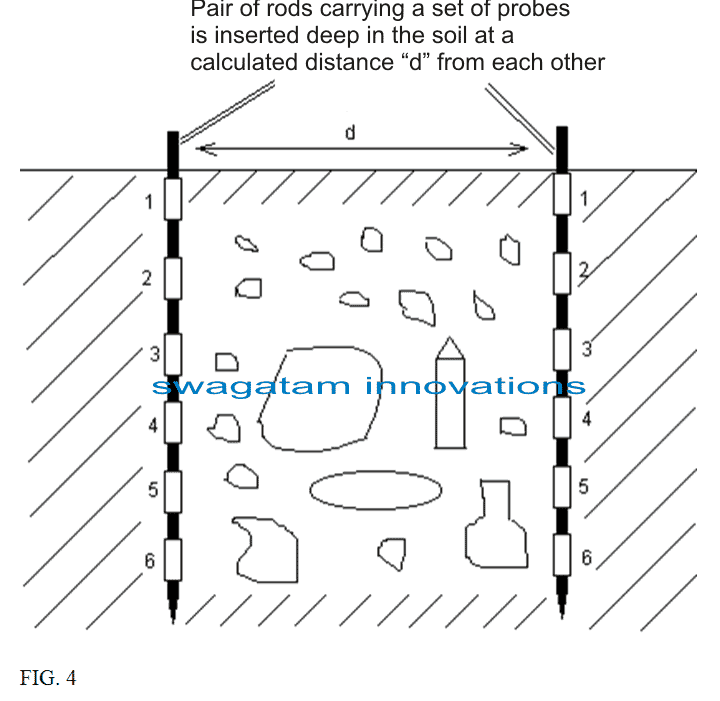 Soon after placing the probe on earth, in accordance with FIG. 4, the electrical resistance of the subsequent layers of soil located different depth is detected.

Evaluating the values acquired from the resistance, you are able to draw a conclusion at what depth (which soil layer) are objects that might be changing the resistance of the soil.

The space between the probes are pretty much decided on in each specific scenario. Occasionally, great outcomes could be obtained with distance that me approximately close to 2.4 m.

The variable resistor of the bridge is 500 ohms as shown in the deep soil metal detector circuit diagram, is for controlling the sensitivity of the bridge depending on soil type being investigated.