The circuit presented here is a tester circuit for testing CDIs for motorcycles and three-wheelers.

Designed and Written By: Abu-Hafss Basically there are 2 types of CDIs:

a) AC CDI, in which the HVAC (about 180V) is obtained from the source coil inside the magneto housing.

b) DC CDI, in which the HVAC is generated by circuitry inside the CDI, from 12VDC.

Then there are further 2 types in AC-CDI and CD-CDI which are usually used in performance bikes or heavy bikes.

They are equipped with microprocessor to provide advance ignition curve for better burning of fuel inside the cylinder head. The captioned tester circuit is designed to test the CDIs without microprocessors.

This set-up is to isolate the rest of the circuit from grid mains. This 220VAC is fed into the CDI's HV Input, replacing the HVAC which is obtained from bike's source coil.

The rectifier bridge converts 12VAC into 12VDC and C1 smoothes it. The SCR U2 is used to stop the 12VAC supply to T2, which will be discussed shortly.

The IC U1 is 555 timer configured as an astable multivibrator with duty cycle about 20% and frequency about 17Hz.

Whenever there is a positive pulse, the SCR will temporarily cut-off the 12VAC supply to T2. Hence, 220VAC supply to CDI will be paused. This is necessary to avoid a shorted path when the SCR inside the CDI is dumping the charge of the main capacitor.

The second end of the spark gap is also connected to the (-)ve rail. A strong spark across the gap will indicate that the CDI is good.

If the CDI under test is DC-CDI, the lower circuit will be used. The connections will be the same except the power supply will be 12VDC. The HVAC supply is built-in inside the CDI. A good CDI will fire strong spark across the gap. 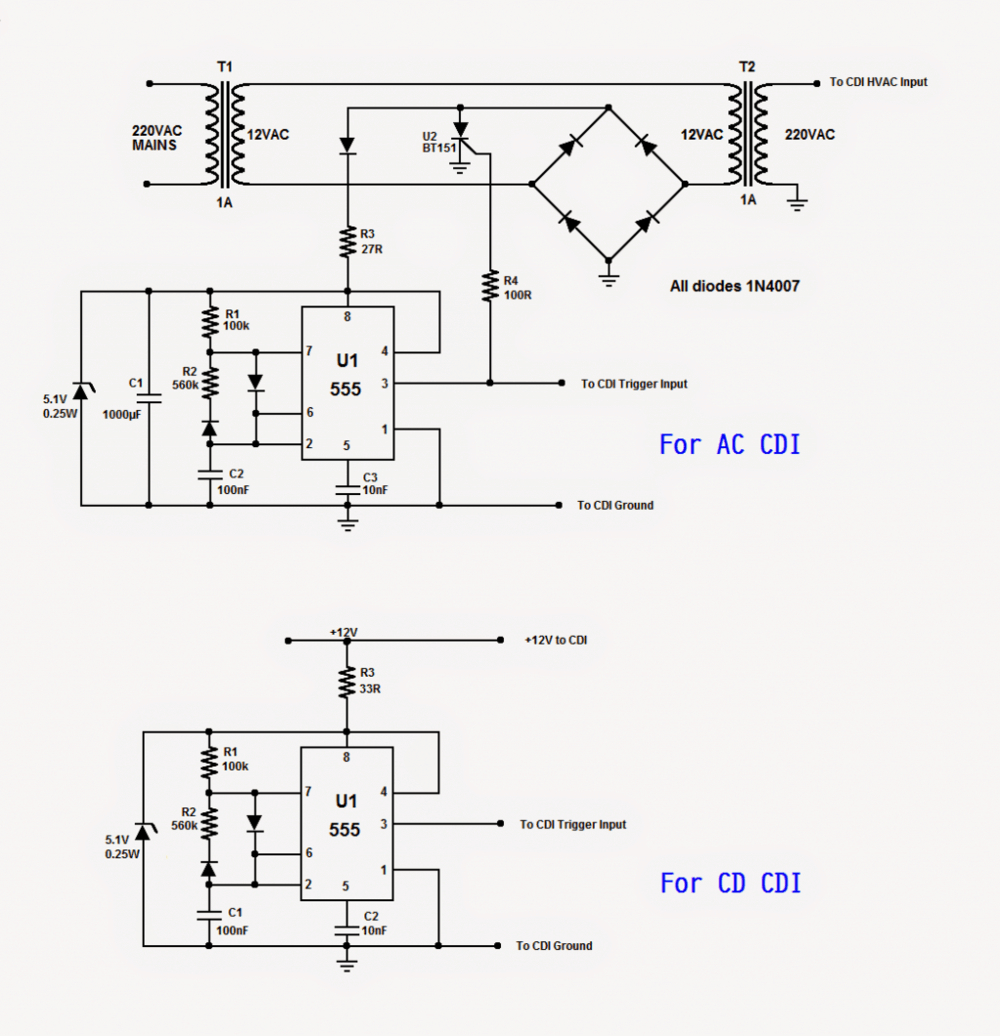 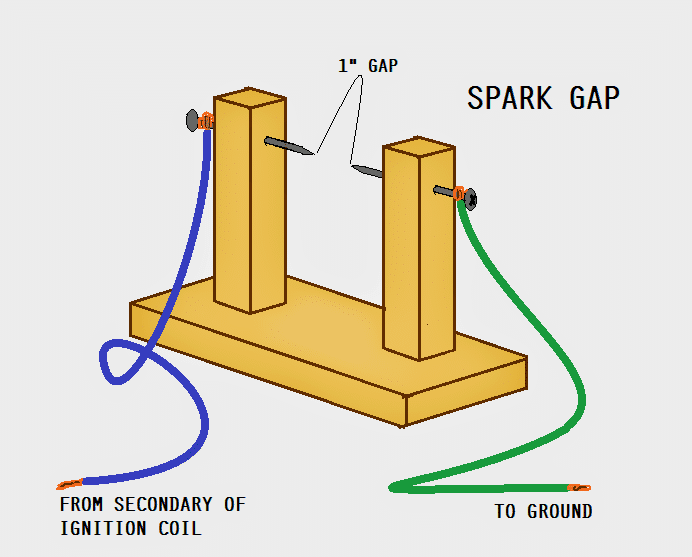