Home » You searched for triac circuit

In this post we learn the fundamental methods of triggering a triac, and also discuss the right way to connect the terminals of a triac. Triacs are solid-state bidirectional thyristors […] 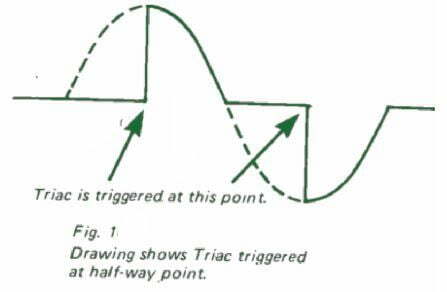 In a triac phase control circuit, the triac is triggered ON only for specific portions of the AC half cycles, causing the load to operate only for that period of […] 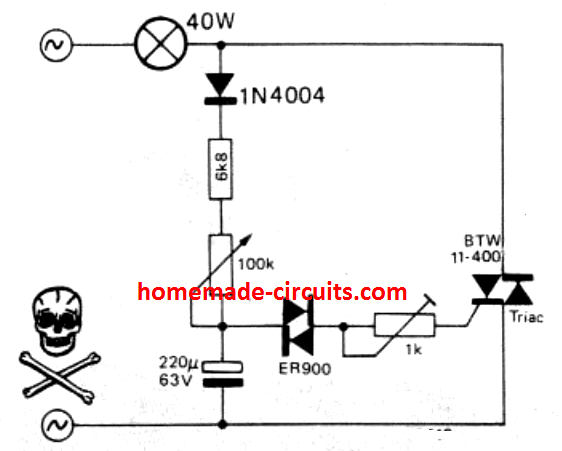 A triac can be compared to a latching relay. It will instantly switch ON and close as soon as it’s triggered, and will remain closed as long as the supply […] 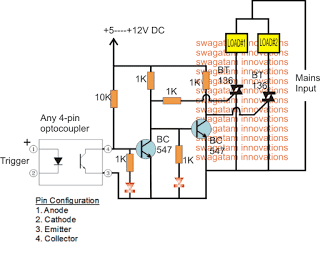 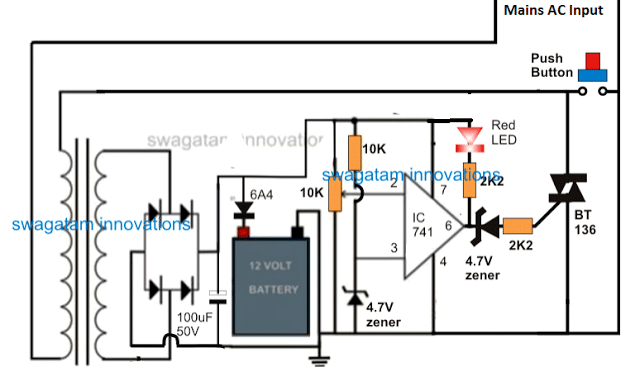 A triac based battery charger replaces a normal relay for automatically cutting off power to the battery very efficiently. The post explains a simple a battery charger circuit using a […] 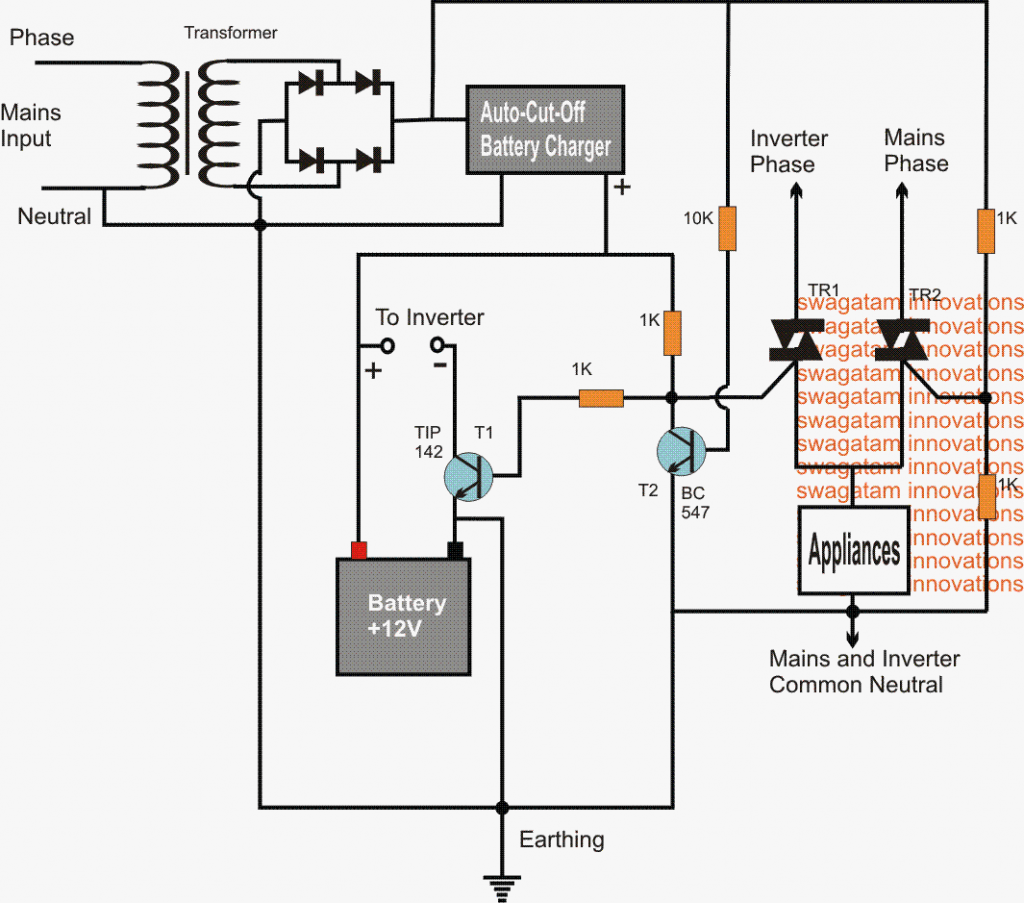 The post explains 2 simple concepts for making solid-state triac based Inverter/mains AC changeover circuit, the idea was requested by Music girl. Technical Specifications I would like to replace the […]