Hi swagatam,
Myself Ashutosh. I m very new to ur website, n i ll say u r superb, u r doing one of the best thing by helping hobbyists. Thank you very much. I want an LED driver cum charger circuit for our project. i know u already have thousands of request pending and at the same time u might be working on different circuits, even though i want to ask for it, my circuit details are as below-
1. It's an LED lamp
2. Having 3volt (0.5watt) of solar panel for charging the battery.
3. Have to charge 3.6 volt battery from the solar panel (for this may be some boost ic is required ).
4. Regarding switching---> have one switch---> when all the connection are there the LED should be in off mode---> after 1st press it should glow in full brightness i mean 100% duty cycle----> 2nd time when i press 2nd time the switch the LEDs brightness should decreased by 40-50%---> when i press the switch 3rd time the LED should get more dimmed(say the brightness should decreased by 70-80%)----> and when i press the switch 4th time the LED should get off.
5. Circuit should be very compact(made up of very few components) and no use of microcontroller plz as, i dnt have that much idea about the microcontroller.
6. Also suggest the best LED for brightness whether it ll be an SMD LED and it's specification.
it won't be so difficult for u sir. i m bookmarking you this page for your reply, as i know from ur site, ur best thing is u used to reply almost everyone  keep doing it. A positive reply is expected from you. Thank you very much. 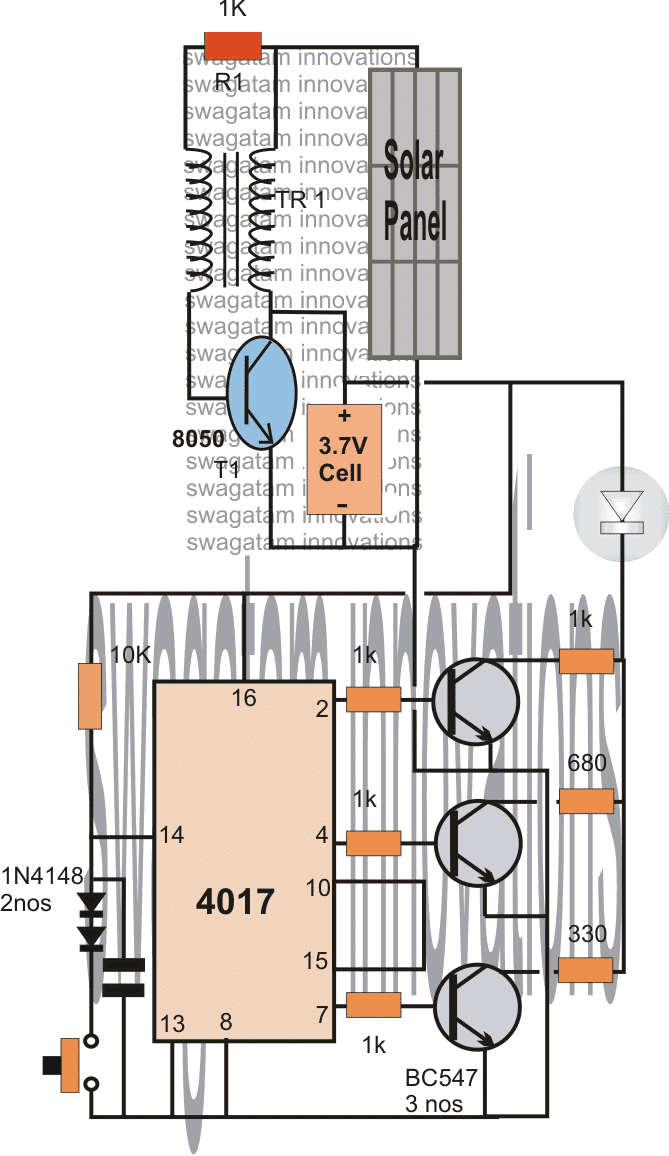