Home » Datasheets » How to Understand and Use white LEDs – Datasheet

If you are wondering how to correctly use white LEDs in circuits so that they can be illuminated safely without damaging, then this post might help you to evaluate the same.

White LEDs are the future lighting solutions for our cities and homes. They will be easily replacing the traditional CFL and other flurescent types of light producing devices. LEDs are extremely efficient when it comes to power consumption issues and are also highly durable and reliable with its specified features.

The invention of LED technology was a complete revelation, and it opened the doors to the researchers for exploring a whole new concept of lighting involving tiny devices which could produce immense illumination using very little electric power. 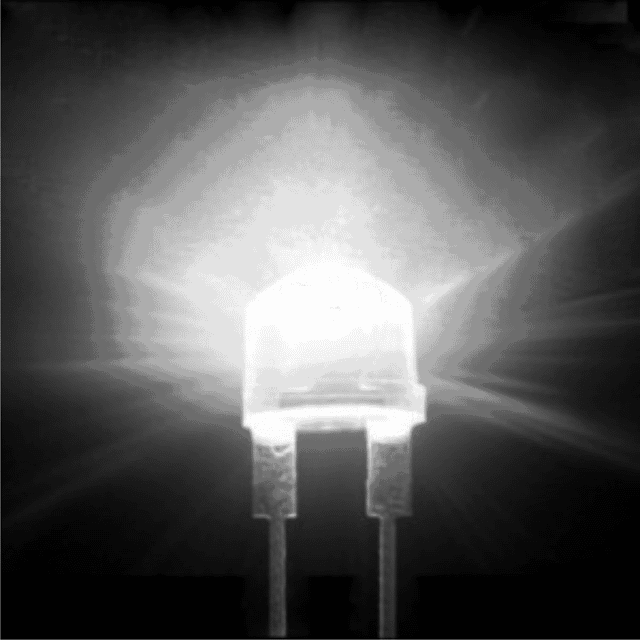 Today the concept may look old, yet still, LEDs especially white LED technology is improving at a very rapid pace. LED industry is surely growing and introducing advanced and more efficient versions of LEDs to us. Also these devices are getting very popular even with the common population and folks are seen using them and customizing them as per there own preferences.

Though white LEDs may look simple devices and illuminating them may not require more than a couple of pen light cells, white LEDs if not maintained or operated within a specific power range, might just fail in every respect.

Here we are going to discuss some of the basic tips regarding operating or illuminating these wonderful devices safely and optimally.

Before studying the above through a simple application circuit, it would be important to understand some of the following important specifications related to white LEDs.

In general most of the white LED types are specified with a maximum forward voltage drop of not more than 3.5 volts AC/DC.

Forward voltage drop means the maximum safe operating voltage of a particular LED at which the LED illuminates with maximum intensity without the danger of getting damaged.

The minimum current required by most white LED types at the above voltage is 10 mA, 20 mA being the optimal range, however these devices are able to operate even with 40 mA of current, producing dazzling brightness, almost at eye blinding levels.

Normal 5mm and 3mm types of white LEDs have two lead terminals, assigned as the cathode and the anode, or in layman’s words, a positive and a negative.

The cathode or the negative lead is relatively smaller in length than the anode or the positive lead and this also makes the terminals easily distinguishable.

If the connected power to the LED is within the specified 3.5 volt range, then a series resistor may not be required to be connected with the LED.

However, if the supply voltage is more than the above limit, inclusion of a resistor becomes imperative.

Failing to do so may the burn the LED and damage it instantly. 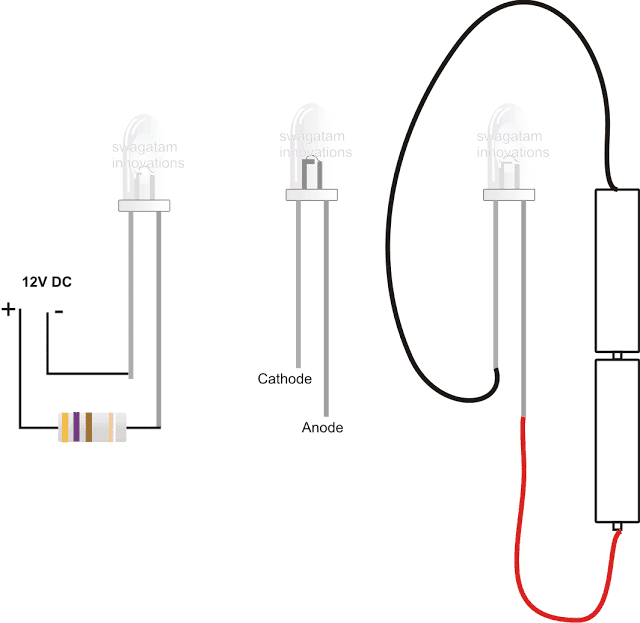 The value of the of the resistor will depend on the magnitude of the applied voltage, and may be calculated using the following formula:

where R is the resistance value which needs to be calculated, Us is the supply voltage, Fwd is the forward voltage drop of the LED and I is the current magnitude which is required to be supplied to the LED.Suppose the supply voltage is 12, the forward voltage drop and the current as explained above are taken as 3.5 and 20 respectively, R may be calculated as:

In general the forward voltage drop of a particular LED becomes the important factor while issuing the operating input to the device, rest of the parameters ae not absolutely critical.

The forward voltage drop of an LED may be easily found out by connecting the particular device to a digital multimeter prods selected at the diode range.

The displayed figure directly provides the forward voltage range of the particular LED.