The article discusses a protection circuit which may be used for preventing a "dry run" situation in mini coffee dispenser motor pumps, by sensing the slight difference in its wet and dry current consumption levels. The idea was requested by Mr. Ken Adler. 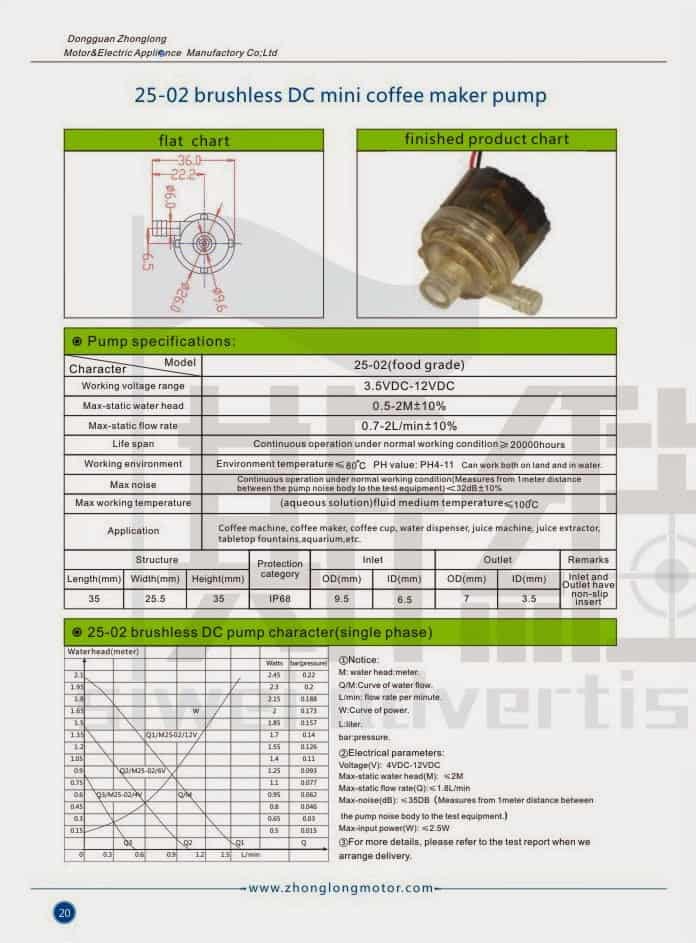 The pump typically runs at 0.15 to 0.25 amps and 4.5 to 6 volts. The data above provides the maximum operating conditions.

One end of the pump has a circuit board.

I'd like the manufacture to modify the circuit board to include the dry run protection. We need a very small circuit designed that would sense a change in current when the water level is below the pump.

Note that the pump is very small, and the circuit would need to be integrated into the existing board.

Would you be able to design a circuit for this application? If so, how much would you charge?

The requested mini coffee pump dry running protector circuit can be seen in the below given diagram, and may be understood with the help of the following points:

When power is switched ON, C1 pulls the non-inverting input pin3 of the opamp to ground so that an instantaneous low is developed at the output of the opamp.

This momentary low at the output triggers T2 which in turn initiates the connected coffee pump motor, which is assumed to be loaded here with the fluid content.

The motor switch ON causes the rated amount of current to flow through R6 which translates it into a proportionate amount of potential difference across itself and at the base of T1.

This prompts T1 to conduct and sustain pin3 of the opamp to ground so that T2 is able to hold the pump motor in the switched ON state.

Now suppose at some point of time the fluid level drops below the threshold forcing the motor to run dry, the motor current consumption also drops to a proportionate degree such that the potential across R6 becomes low enough to switch OFF T1.

As soon as T1 switches OFF, the potential at pin3 jumps above that of pin2 rendering a high at the output of the opamp which instantly switches off the motor preventing it from the "dry run" situation.

R3 makes sure that the situation gets latched ON and stays in that position until the tank gets filled and the circuit is reset by a complete switch OFF and switch ON. 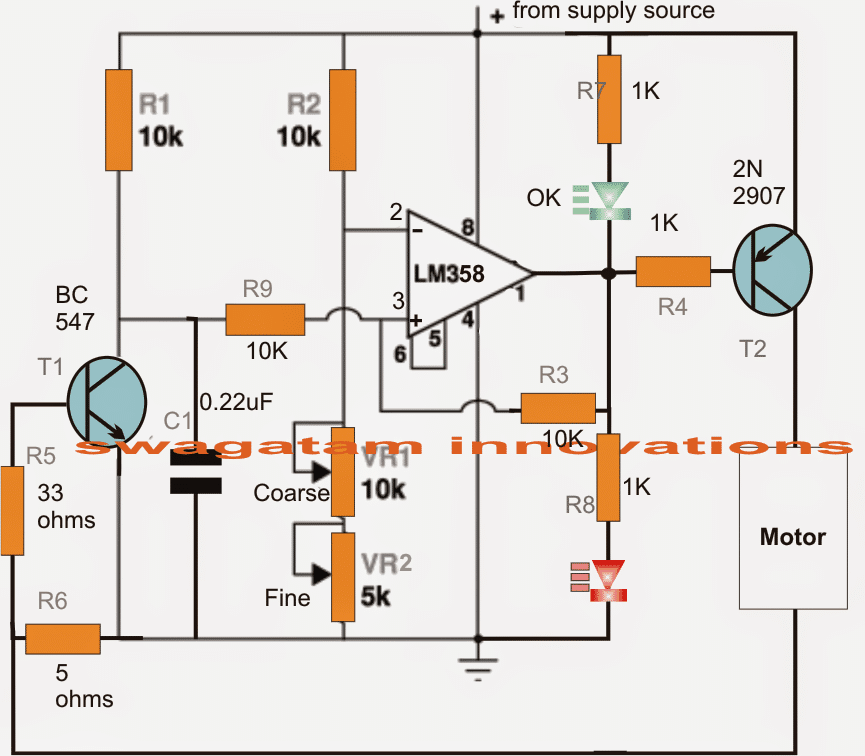 How to Set up the Circuit