In this post we learn a couple of homemade techniques for enhancing a solar panel output performance by many folds.

Today solar panels are being widely implemented for harnessing free solar electricity, however everything may not be so good as it appears to be with these units due to the involved inefficiency with these systems.

The main issue with solar panels is that it performs at its peak only as long as the sun rays are perpendicular to its surface and this situation happens only for a very short period of time each day making things hugely inefficient for these systems.

There are techniques which have been invented to tackle the above issues such as MPPT chargers, solar trackers etc but these can be expensive, and have their own limitations.

A couple of homemade remedies explained below could be tried instead of the commercial techniques mentioned above for enhancing the overall solar panel efficiency.

The first method is rather crude. Here we employ a water filled transparent polythene bag placed over the solar panel.

The size of the bag may be slightly over sized than the solar panel dimensions so that its edges lock onto the rim of the panel and produce a snug fit over the panel. The position will also possibly help to acquire a convex shape for the water filled bag.

The material used for the bag should be extremely clear, the same must be true for the water used.

The implementation will effectively simulate a convex lens type function right over the attached solar panel generating a much greater output from it for a much longer period of the day. This may be due to the bending of the sun rays onto the solar panel caused by the convex nature of the water filled "lens". 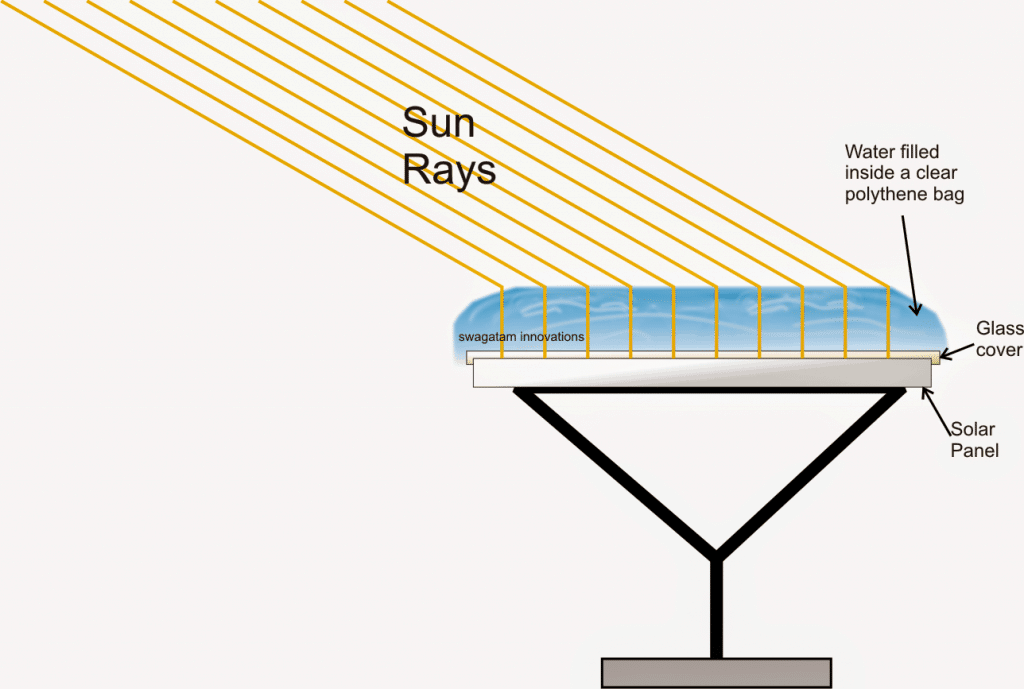 A more refined albeit costly technique may seen in the following image: 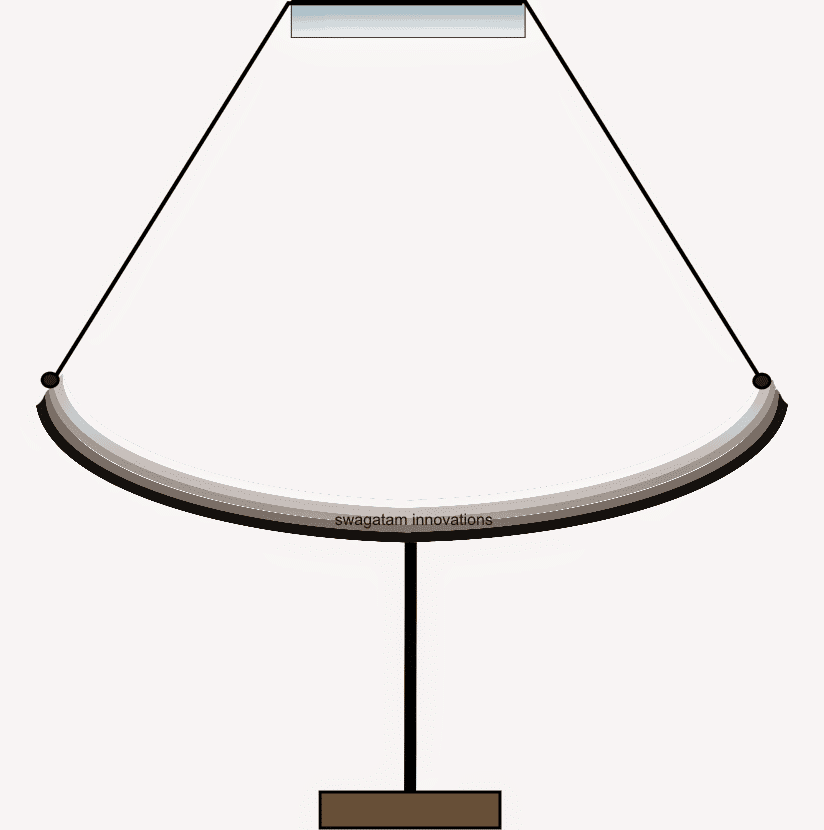 In this method a concave reflector exceeding three times the dimension of the solar panel is used. A 60 degree curvature would do quite well.

It should be noted that the degree of curvature should not be relatively acute which might cause significant amount of heat to concentrate over the solar panel along with the light which could on the contrary deteriorate the performance.

The inner concave surface could be possibly fitted with many pieces of mirrors such that these uniformly cover the entire surface in a concave manner.

The solar panel may be fitted using iron clamps as shown n the diagram above, ensuring that it attains a central position for maximum light concentration.

The sun rays regardless of its position in the sky would now allow its rays to get reflected and concentrated across the solar panel surface for enabling the unit to gain maximum enhancement efficiency and work at its peak performance for most of the days period.