In this article we are going to learn about Raspberry Pi single board computer, their specifications, how to use them in a project, we are also going to do a small comparison between Arduino and Raspberry Pi, so that we can choose which of them are best for your projects.

What is Raspberry Pi?

In other words, it is a full fledged computer, fabricated on a single PCB which is not bigger than your credit card size.

It supports various Linux based operating system (OS) such as Raspbian OS which is official operating system, Ubuntu, windows 10 IoT (which is dedicated for internet of thing projects) , Kali Linux which made for security analysts and white hats. There are several other custom made OS made by third parties for specific projects such as Bitcoin mining and CCTV based projects. 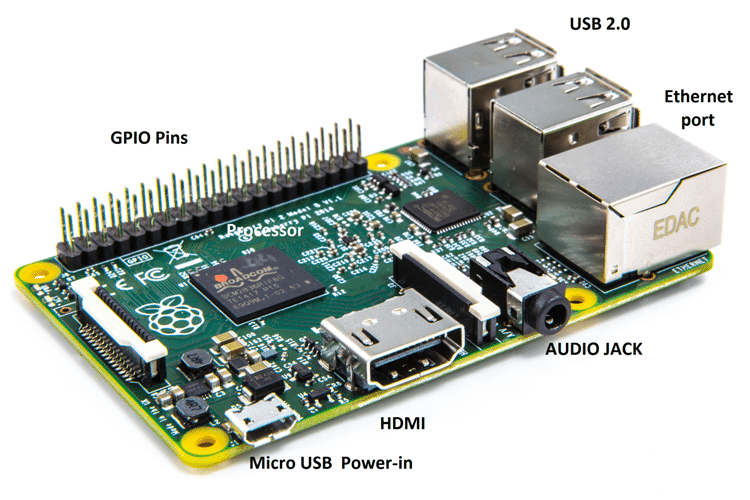 The biggest selling point of Raspberry Pi is price.

We are getting computing power equivalent to Pentium processors which was released on late 2000s. But it consumes power 100 times less and sits on a single PCB, thanks to Moor’s law.

After a huge success, Chinese electronic vendors started manufacturing similar single board computers, the popular ones are Banana Pi, Orange Pi, and Roseapple Pi etc; by the way the names can get ridiculous.

Now the things get exciting because you can find similar specification on a decent smart phone or a computer 7 to 10 years back. The given specifications are of raspberry Pi 3 are.

•    It has on-board Bluetooth (4.1 Low Energy) and Wi-Fi 2.4 GHz band. It has no antenna extended out of the board, which is an advantage when your raspberry pi is inside its case. However it should have decent Bluetooth and Wi-Fi range.

•    It has a 10/100 Ethernet port, if you don’t have Wi-Fi, you can utilize the RJ-45 Ethernet cable from your router to Ethernet port of the raspberry pi.

•    It has 40 general purpose input output pins or GPIO pins. These pins can be utilizes for controlling external hardware. This means it works as arduino.

•    It has 3.5mm audio jack, this can be hooked to a headphone or speakers for audio playback.

•    It has camera serial interface port or CSI port in which you can plug camera modules and can record video up to 1080p resolution.

•    It has display port on the PCB in which you can hookup LCD displays or even touch screen displays to make your project portable.

•    It has full HDMI or High definition Multimedia Interface which supports in which you can connect monitor or TV and it support 1080p video play back.

•    It does not have build-in storage but, it has micro SD card slot in which the OS need to be installed.

•    It has 4 USB-2.0 ports. You can connect keyboard, mouse, flash drives even external hard disks.

So, that’s look impressive for a computer which does not bomb on your bank and great tool for learning programming languages and making electronic projects.

What can we do with Raspberry Pi?

Here I am going to show some projects which are just fraction of the actual capability of raspberry PI.

There are lots and lots of project available around the internet and you can also use your imagination to create your own projects.

This was my very first project, based on raspberry pi. I have used it for learning programming languages, and also to upload programs to arduino.

Yes, you can upload sketch to arduino using raspberry pi. 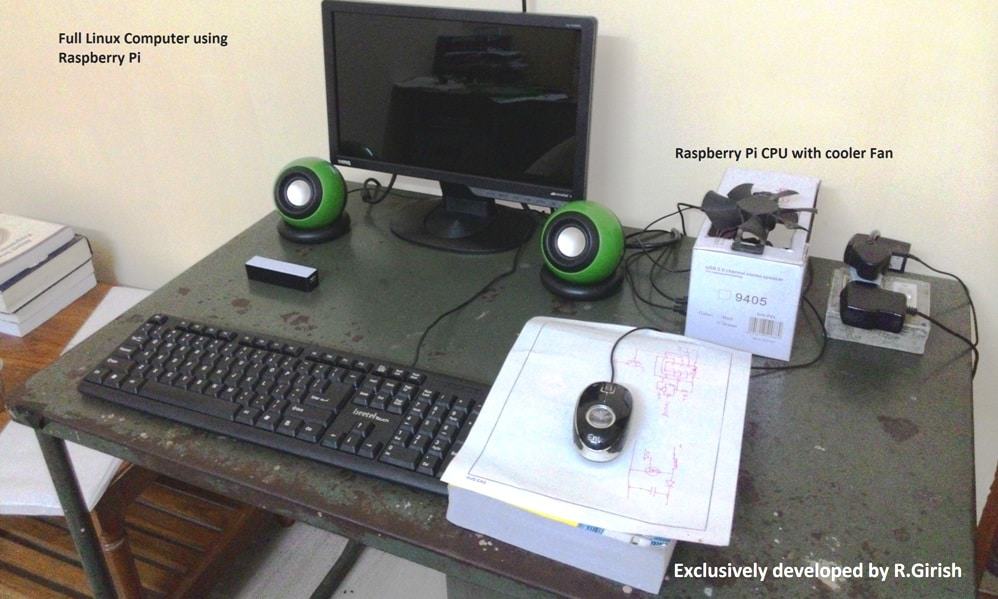 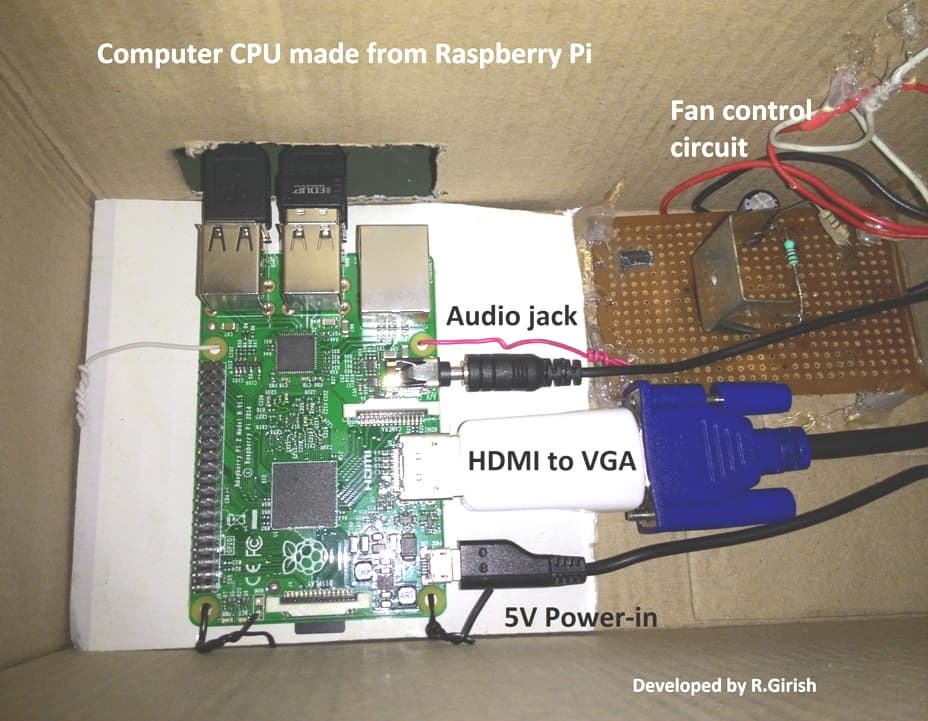 Here is another project based on raspberry pi: NAS server. In a nutshell NAS stands for “network attached storage” and it is used as private cloud storage at your home.

You can stream videos files, audio files, and open documents over Wi-Fi to your laptop, tablet, Smartphone. 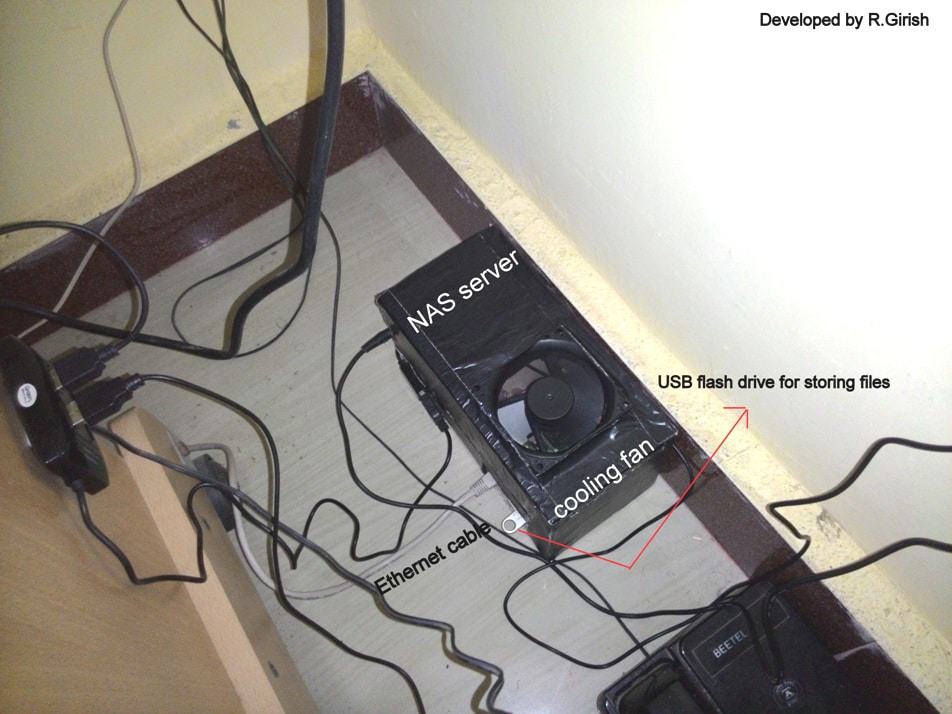 I am using this NAS also as torrent file downloader (legally, LOL) for downloading huge files with minimum power, so that I do not need to run my main computer overnight, which could only raise the electricity bill.

As you can see, this small computer has huge potentials. Once you get familiar with this single board computer you can do wonders.

Both are completely different concepts, arduino is purely used for controlling hardware peripherals such as LED, motors, relay, etc. The programs written for Arduino are from single software “Arduino IDE” and complied to machine language before uploading the code.

Raspberry Pi also has GPIO pins as arduino does, but this doesn’t mean that you should use raspberry pi for blinking an LED or Traffic lights control projects. This could be rather done with arduino with much ease and cheaply.

Raspberry Pi runs its program within an operating system through programs written with general purpose languages such as python.

Raspberry Pi should be used where we need to process huge data; projects such as 3D printer, CCTV, Web servers, NAS servers etc, and these tasks can’t be accomplished with arduino.

So, choose wisely for your project and don’t waste money for accomplishing simple tasks.

If you are interested to learn more about Raspberry Pi, do not hesitate to express your thoughts through comment below: